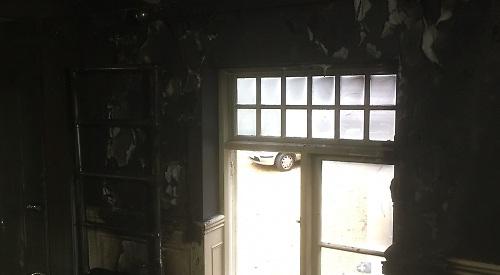 A WOMAN had a lucky escape from a bathroom fire at her home in Checkendon.

She was downstairs when the fire broke out, setting off a smoke alarm.

She dialled 999 and fire crews from Goring, Wallingford and Didcot were called to the scene on Sunday afternoon.

They isolated the electricity to the property before extinguishing the fire using hose reel jets.

The fire is thought to have been caused by a fault in an electric fan which set light to the bathroomm curtains and towels.

Incident commander Marcus Reay said: “This fire could have been much worse had it not be discovered so soon.

“The occupier took exactly the right action after discovering the fire — she got out, stayed out and called 999.

“There was a lot of hot smoke at a very low level on the first floor which could easily have overcome the occupant had she ventured upstairs.

“Her swift and decisive action ensured the fire service were called without delay and that she did not place herself in danger.”