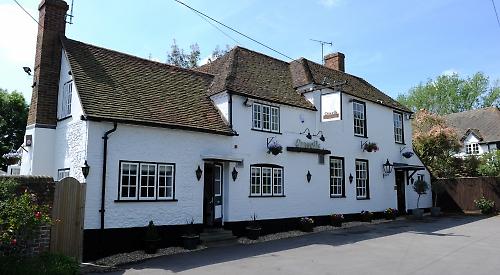 TWO Henley restaurants have been listed in The Restaurant Guide 2020, which is published by the AA.

Shaun Dickens at the Boathouse in Station Road, which was awarded three rosettes, and Hotel du Vin in New Street (one rosette) are among 37 Oxfordshire
businesses and more than 2,000 across the UK to be highlighted.

Orwells in Shiplake Row was awarded four rosettes and the Miller of Mansfield in Goring received two.

The Baskerville in Shiplake, the Highwayman in Checkendon and the Fat Fox Inn in Watlington were all awarded one.

Ryan Simpson-Trotman, chef and co-owner of Orwells, said: “We have been open for 10 years and we have been in The Restaurant Guide ever since.

“There are only a handful of UK restaurants to have four AA rosettes and we are one of them.

“I think it comes down to our dedication to fresh and seasonal produce. We try to use local ingredients and we grow around 75 per cent of our own produce.

“If you serve something and it is not to the best of your ability it is heartbreaking. If you don't put a smile on a customer's face then you have failed. It sounds harsh, but that is what we strive for.”

Orwells was also named in the Good Food Guide 2019. It was placed 28th overall, making it the highest-ranked restaurant in Oxfordshire.

Shaun Dickens, owner of Shaun Dickens at The Boathouse, said it was the fourth year in a row the restauant had been listed.

He said: “Three rosettes is pretty special to us. It puts us in the top 10 per cent in the country.

“A lot of hard work from the team has gone in throughout the year and this is a really big award.

“We always hope to achieve a level of consistency in the quality of our ingredients and the service to our customers and they seem to like what we do.”

The restaurant is to be rebranded as Bistro at The Boathouse from the end of this month.

Rojan Jimmy, general manager of Hotel du Vin, said: “It is our first time in the guide and it really means a lot.

“We went through a soft refurbishment in February, knowing there is so much competition in Henley.

“We value consistency. That has been a problem in the past but we have worked hard on delivering basic standards and a friendly service.”