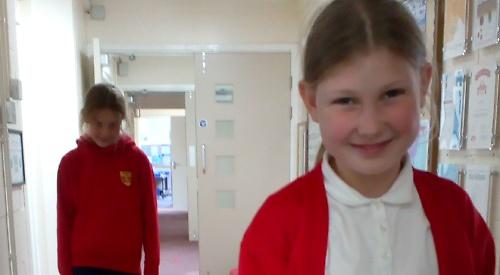 THE headteacher at Checkendon Primary School says important lessons have been learned in the fight against coronavirus.

All year groups returned to the school three weeks before the end of the summer term, giving staff and pupils time to see the new safety measures in action.

The school has 67 children and 87 per cent returned, while others stayed at home as they had vulnerable people in their household or extended family.

Years three and four were the last to return as part of a phased approach, with reception and years one and six being the first to come back at the start of June.

Parents were asked to follow a strict drop-off and collection policy outside the school by observing social distancing at all times.

They had to stand in a queue and wait for all of the children in that particular family to be brought to the front gates. Gillian Seymour, who has been headteacher for the last six years, feels the practices worked well in the final term.

She said: “It took lots of work to re-open and there was lots of creative problem solving. We made a classroom in the hall, which we were able to do at this time of the year because of us having our sports activities outdoors. There was lots of flexibility in terms of staff working with different year groups that they wouldn’t normally have.

“There was lots of communication with individual families, such as video calls, and these were sometimes daily just to make sure that we reassured them that the safety measures were in place.

“We started off with reception, one and six and then we had five, then two and then three and four together. The idea was to have all of the safety arrangements in place and then the next year group would come in and we would review everything before bringing the next one in a week later.

“With the pick-ups, we were fortunate not to have to stagger it, because we are a small school. We have a couple of families that have very vulnerable and elderly relatives within their extended family and so that was the main reason for the few that didn’t come back.”

There were markings on the floor throughout the school to encourage the pupils to social distance and regular hand washing was encouraged.

All of the doors were kept open to improve air circulation and to prevent people from touching handles unnecessarily.

Years three and four shared the temporary classroom in the school hall, with desks being spaced out to give pupils enough room to study. All children had special boxes under their desks with their own equipment, lunch and belongings to keep them safe until home time.

Mrs Seymour, who has spent the last 15 years at Checkendon, is pleased with how her staff have responded to these unprecedented challenges.

However, she knows it will be important to review Government advice throughout the summer to consider any changes that might be necessary.

She added: “March to September would have been a long time to wait and they have all been so happy to be back and see their friends again. It has been very reassuring for them.

“We do feel a tremendous sense of responsibility and the staff that were nervous about coming back have all been reassured by what we have done.

“It would be nice to come back in September with the plans we have in place now..”