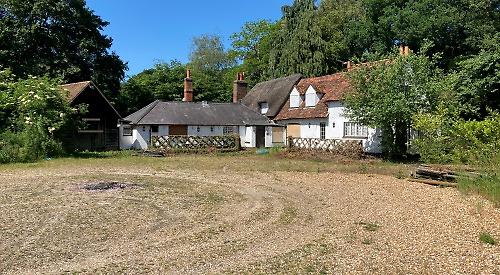 A FORMER pub in Checkendon is now under offer.

The Four Horseshoes in Main Street ceased trading in September 2013 and has been empty ever since.

Pub company Brakspear, which owns the Grade II listed building, was granted permission to convert it into a residential property with five bedrooms and four bathrooms in February 2019.

It is currently being marketed by Savills estate agents, of Henley, with a guide price of £500,000.

The property is believed to date back to the 17th century and has grounds of about 0.6 of an acre.

Brakspear first applied to convert the pub in 2014, when it suggested having a dwelling at the back and a shop, post office or café at the front.

South Oxfordshire District Council, the planning authority, granted permission but the work was never carried out because no one came forward to open the business.

Two years later, the council turned down an application to use the entire site for residential purposes, citing the loss of a community facility. From January 2017 to November 2018, Brakspear advertised for a new tenant but had only two viewings with interested applicants and it received no offers.

In May 2018, the company resubmitted change of use plans, saying it had done all it could to make the former pub viable as a business.

Deirdre Wells, of the Red Kite Development Consultancy, wrote to the council on behalf of the company, saying: “Every effort was made to find an occupier.

“Initially it was hoped that a community shop use would come forward and there were lengthy negotiations, including development of a business plan with a potential occupier, assisted by Checkendon Parish Council and the owner of the previous village shop in Checkendon.

“The latter had closed due to failing viability in the same market area.

“In the end the potential occupier was unable to proceed, despite having been offered extremely discounted terms.”

The parish council acknowledged that the site had no future as a retail space and supported the change of use to residential and the district council approved the plans.