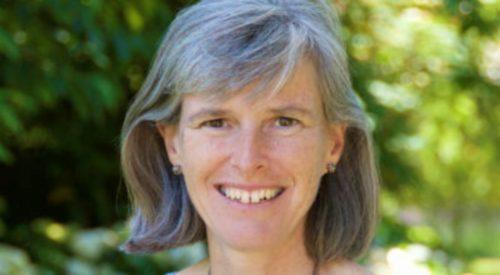 A WOMAN from Checkendon has received an OBE in the New Year’s Honours list for her services to British foreign policy.

Robin Hart is a senior programme director at Wilton Park, an executive agency of the UK Foreign, Commonwealth and Development Office, which provides a global forum for strategic discussion.

The 57-year-old lives in Sussex but was born and raised in Checkendon and will be leaving her role in March to move to Ipsden and take over her family’s farming business.

She said she was “flabbergasted” to be honoured.

“It’s quite funny actually as I was a queue to get my booster jab in Brighton when I found out and I squealed,” she said.

“But I didn’t tell anyone — I was very good. My family were very pleased and very proud when I could finally tell them.

“It’s just a huge honour and because of my job I was on the diplomatic list of recipients so for me that was very special.

“I’ve been there for 25 years so it is recognition of the work the organisation does and my amazing colleagues. It was recognition for the whole team.

“I’ve been working with so many people from all over the world so it’s recognition of what we’re doing and my tiny part in it all.” Ms Hart, who studied history at Exeter University, worked at the Ministry of Defence for about 10 years before starting at Wilton Park. She contributes to developing events on emerging international policy challenges and leads several young leader programmes, including the Resilient40, the Caribbean 2030 Forum and the British German Forum.

Ms Hart developed and ran Wilton Park’s global health programme from 2003 to 2019 and has previously run a series of discussions on humanitarianism and disaster risk reduction.

She led a six-part series on international food security, agriculture and land use and is a director of Bridge International Dialogue, a charity set up by alumni of the organisation.

“The award is a nice way to finish that part of my career,” she said. “I can’t tell you how much it means — it’s a phenomenal honour.

“My father, Stephen, received an OBE for his services to agriculture and pest control when I was about seven or eight so as a family it was always a special thing.”

Ms Hart celebrated with her mother Vanessa and other family members in Checkendon on New Year’s Day.