Charity says thank you to supporters 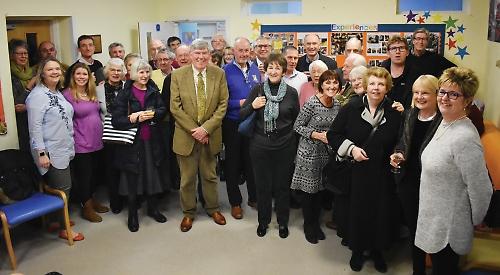 A DRINKS party was held for supporters of the Chiltern Centre for disabled children, off Greys Road, Henley.

About 50 people attended the event and some were given a tour of the centre by trustees and community fund-raisers.

Supporters helped raise £200,000 last year to run the centre, which helps families with a child or young adult with a  complex medical need, profound learning or physical disability by providing respite care.

Paul Barrett, chairman of trustees, thanked them and said : “In 2017 we had our best year ever. For the first time in the 15 years since we were set up we hit our fund-raising budget.

“The reason we have been able to do that is down to all of our supporters. Everybody in this room has in some way contributed and as a result the centre can now be assured to carry on its work for at least another year.”

Mr Barrett said the charity was hoping to put together a team to make a sponsored climb of Mount Kilimanjaro next year.