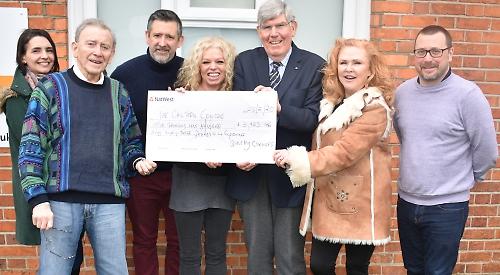 THE Chiltern Centre in Henley has received almost £6,000 from a charity pantomime and concert held in December.

Cinderella Part 2: The Mrs Charming Years was staged at the Kenton Theatre and was followed by a concert featuring singers Vince Hill and Carol Decker.

The money was raised through the sale of tickets, an auction and raffle.

It will go towards the purchase of a £26,000 eight-seater Vauxhall Movano van to transport clients to and from the centre, which supports young adults with disabilities.

The vehicle will also enable staff to take them on more outings to Oxford and Reading where they go bowling and trampolining.