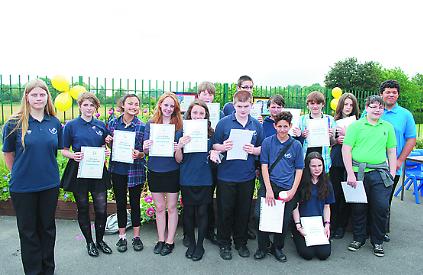 PUPILS at Chiltern Edge School in Sonning Common have won an award for an anti-bullying campaign.

The 13 youngsters were named the Diana Award Anti-Bullying Champions for their work with the Power Group, a school club which aims to tackle bullying.

Pauline Conway, a governor at the Reades Lane school, presented the group with certificates and a trophy.

The Power Group is open to pupils in years 7 to 11 and meets once a week. Its achievements include contributing to the school’s behaviour policy, setting up an anti-bullying email service, running surveys and producing information leaflets.