Christmas tree lights to go on 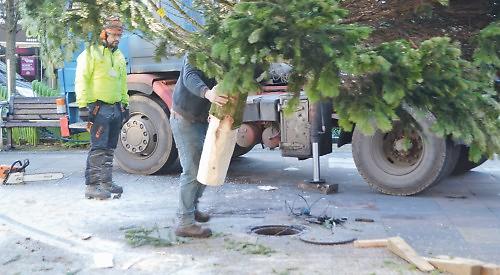 THE lights on Henley’s giant Christmas tree will be turned on tonight.

Lottie Baker, 11, a pupil at Valley Road Primary School, will have the honour of pushing the button at town’s traditional Christmas festival, which will be attended by thousands of people.

Town centre roads will be closed in late afternoon for the late-night shopping event.

There will be fairground rides and attractions in Hart Street, festive market stalls in Market Place and Duke Street and a “street food court” in Bell Street.

A number of live performances will take place in Market Place from 5pm to 9pm.

Santa’s Grotto will be on the stage at the Kenton Theatre in New Street from 4pm until 8.30pm with free admission. A children’s lantern parade will leave the River & Rowing Museum in Mill Meadows at 5pm and make its way along Thames Side, Riverside and New Street, ending at the theatre.

Members of the Henley Amateur Operatic and Dramatic Society will be singing carols at the Kenton at 5.30pm and 6.30pm and the café and bar will be open, serving mulled wine.

The opening night of this year’s Henley Living Advent Calendar will take place at the town hall steps in Market Place from 6.15pm

Lottie, who won the competition to design the Mayor’s Christmas card, will perform the switch-on at 7pm.

The 30ft Nordmann fir was grown by the Tree Barn in Christmas Common and was delivered by lorry to Market Place on Tuesday.

Members of the town council’s parks team trimmed the base of the tree with chainsaws before it was lifted into a hole in the ground by a crane. The parks team then wedged blocks of wood around the base to keep the tree in place.

Members of the public crowded around to watch during the half-hour operation.

Mayor Kellie Hinton, who will accompany Lottie this evening, said: “It’s a fabulous tree and really green and full.

“I’m pleased with our choice and now that it’s in place it looks lovely. Now I’m really looking forward to switching the lights on.”

The fir is sponsored by Invesco Perpetual.