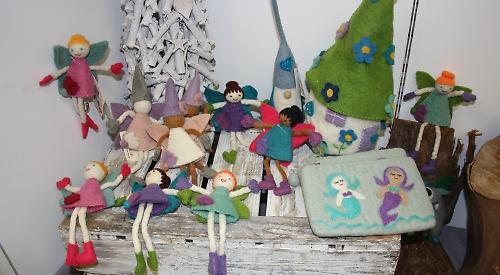 A NEW Christmas-themed pop-up shop has opened in Henley.

Greg and Gina Hope have taken over the former Creative Duck temporary shop in Duke Street to sell a range of hand-made craftware as well as food, toiletries, decorations, incense and other gifts.

The couple, from Hare Hatch, were previously selling their goods at the shop and asked to take over.

They hope their venture, simply called Xmas Pop-Up, will continue trading after Christmas by selling a wider range of goods and could also host community events such as yoga workshops upstairs. Their products include felt figures made by women’s groups in Nepal and clothing from Thailand, where they previously lived with their son Kai, 17, who attends The Henley College.

They are also selling hemp-based goods from the Hempen farm at Goring Heath, hats by Henley firm HOT Tweed and a small selection of wares from Hare Hatch Sheeplands garden centre.

Mr Hope, from Marlow, met his American wife while they were teaching English in Japan and they have since run similar shops together in her native California.

Creative Duck was based at the former Galaxy Nails studio for about a month.