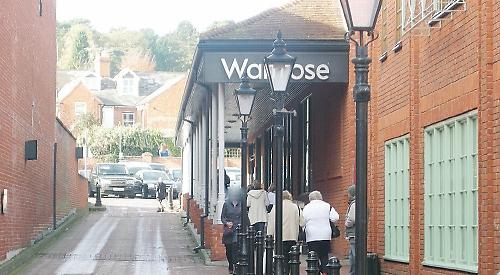 A QUEUE of 60 shoppers formed outside the Waitrose store in Bell Street, Henley, at 7am on Tuesday.

The supermarket has extended its opening hours for the Christmas period but is limiting the number of customers allowed in the store at once.

Later there was a queue outside Gabriel Machin butchers in Market Place.