Customers queue round the corner at butcher’s shop 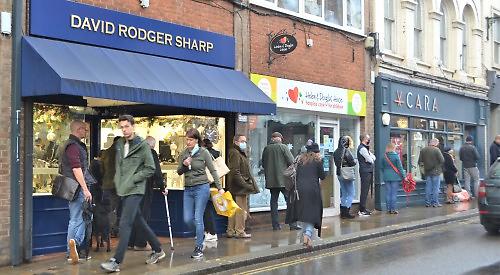 More than 50 people at a time were waiting to collect their Christmas orders from the shop in Market Place. Only three customers at a time were allowed inside in order to follow the social distancing regulations.

At one point the queue stretched as far back as the David Rodger Sharp Jewellers in Duke Street due to people needing to stand at least 2m apart. Machin’s owner Barry Wagner said: “It was absolutely non-stop from the minute we opened until the minute we closed.

“The huge queues were not something we wanted as it causes people to be upset but the covid-19 restrictions meant we could only have three people in the store instead of six. Some people were were waiting for two-and-a-half hours in the cold. We also had quite a few people who didn’t turn up.

“Overall we had a good Christmas. We were slightly up on the number of turkeys we sold but with smaller birds.”