Shiplake pub named county's restaurant of the year for 2016 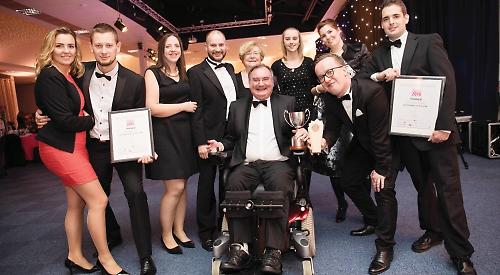 THEY say never judge a book by its cover — and when it comes to the Baskerville in Shiplake there was never a truer word spoken.

Behind its unassuming Thirties façade lies a pub-restaurant with true quality at its heart.

So thought the judges of the 2016 Oxfordshire Restaurant Awards when, as a climax to an evening recognising culinary excellence in the county held in the King’s Conference Centre, Oxford, the Baskerville was named restaurant of the year.

The prestigious award was collected by landlord Kevin Hannah and head chef Jamie Herridge in front of an audience of more than 250 including the county’s top chefs and restaurateurs.

The judging panel, chaired by Alain Desenclos, Maître d’ of Le Manoir Quat’Saisons for 26 years, was impressed by the owners’ pride in the food they create at the Baskerville, which was also the winner of the best gastro pub/brasserie category.

Kevin said: “I nearly fell off my seat when it was announced that we had won. We were very happy winning our category but to win the top award took us completely by surprise. It is down to many years of hard work by us as a family, my incredible staff, and a lot of hard hours.”