My daughter, the Kiwi bishop 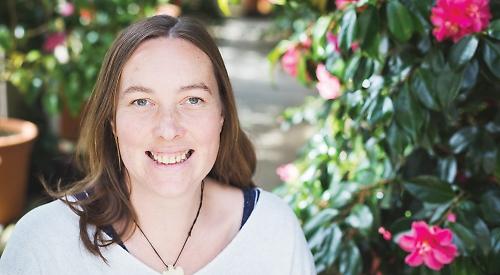 A MAN from Wargrave has spoken of his pride after his daughter was chosen to become New Zealand’s fourth ever female bishop.

Terry Grourk flew to the country this week ahead of the ordination of his daughter Eleanor Sanderson next Friday.

Dr Sanderson moved to New Zealand 15 years ago after winning a scholarship through Rotary International that allowed her to study anywhere in the world.

After completing a masters’ degree in development economics, she stayed and later married her husband Tim and had two children, Zack, nine, and Joe, seven.

Despite suffering from homesickness, she was ordained as an Anglican minister in 2011.

Dr Sanderson is currently the vicar of Eastbourne, a parish in the capital city of Wellington, as well as being the diocesan canon theologian and chaplain of Wellesley College, a boys’ school in the parish. She studied for a PhD in theology and has written several academic papers as well as being a fellow at Virginia Theological Seminary and a research associate at the School of Religious Studies at Victoria University.

Dr Sanderson was selected to become assistant bishop of Wellington at a synod in March. She will support the current bishop Justin Duckworth.

Mr Grourk, a HR consultant who lives High Street with his wife Gill, said he was thrilled to hear the news after encouraging his daughter to stay in New Zealand because of their support for female members of the clergy.

He said: “She first went to New Zealand as part of Rotary Internatonal’s earth scholar scheme, which she won out of 650 candidates.

“She could choose anywhere in the world to go and study as long as it benefited mankind. She chose New Zealand because it gives a lot of money to the developing world. She did her masters and never came back.

“She studied for her PhD and then became an Anglican minister. She was encouraged to do it to prepare her for higher office.

“I am very proud of her — she has done exceptionally well and it’s a big job.

“She has been homesick in the past and didn’t know whether to come back but I’ve always encouraged her to stay over there as they are keen for bishops to be male and female.

“I go out and visit her every year and I’m very much looking forward to her ordination.”

Dr Sanderson will be ordained at Wellington Cathedral of St Paul. The ceremony will feature a procession of clergy and wardens and all parishioners will be invited to attend.

There will also be an after-party at the cathedral with music from pianist Bill Wollermann, a member of the Eastbourne parish, and ska band Royal Rumble.

Dr Sanderson said: “My role will be to support Bishop Justin in leading from what is already a strong platform. I’ve been in the diocese for 16 years. I know the nuts and bolts of things but in this role it’s important for me to get alongside the people of the diocese and listen, so that I can hear their challenges and lead with greater clarity.”

Bishop Justin said: “We are so thankful to Ellie and her family for saying ‘yes’ to God’s call.

“We see a strength and depth of leadership in her that we believe will help catalyse a next generation of leaders among us.”

Mr and Mrs Grourk are members of St Mary’s Church in Henley, where they were married three years ago and she sings in the choir.

Mrs Grourk lived in King’s Road before the couple moved to Wargrave. Mr Grourk previously lived in Croydon but brought Dr Sanderson up in Derbyshire.

The couple will be returning from New Zealand on June 6 as Mrs Grourk’s daughter Helen, who lives in Bix, is expecting her second child.

Mr Grourk said: “The baby is due on the same day as Eleanor’s ordination so we will be coming back straight away!”