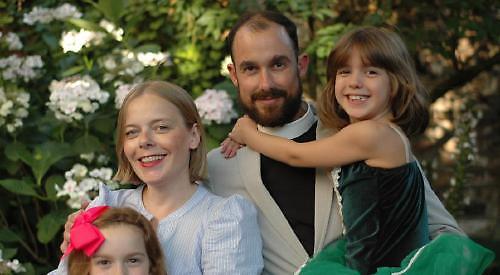 THE benefice of Henley and Remenham has a new rector.

He will replace Rev Canon Martyn Griffiths, who retired in January after 13 years in the role.

Mr Tayler was born in Lincolnshire, grew up in the Bristol area and has spent most of his adult life in London.

He studied international relations and history at the London School of Economics before building a career in research administration. He has also worked briefly as a religious studies teacher and nursery nurse in Finland.

Mr Tayler spent two years as a full-time parent, picking up an masters degree in history and politics from Birkbeck, University of London, along the way.

He then trained for the priesthood at Westcott House, Cambridge, before serving for three years as assistant curate at St John’s Wood Church in the Diocese of London since 2015.

He will be joined by his wife Maura, who is from Finland, and their daughters Blanche, nine, and Ginevra, eight.

Mrs Tayler loves classical music and works for the Diocese of London as personal assistant to the Archdeacon of Hampstead.