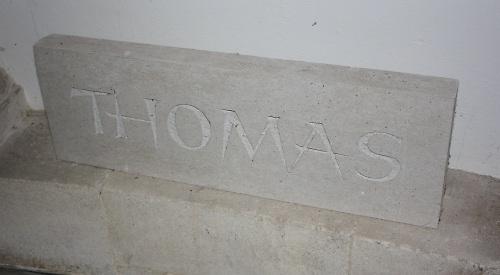 A YEAR of celebrations in honour of St Thomas Becket will take place at the Anglican church in Goring which bears his name.

Villagers are invited to watch plays, listen to talks, attend a feast and embark on a pilgrimage to the former archbishop’s final resting place at Canterbury Cathedral, where he was murdered on December 29, 1170.

The first event is a performance of T S Eliot’s 1935 poetic drama Murder in the Cathedral, which has been organised by a cast of 17 worshippers under the direction of Caroline Wardle.

It chronicles St Thomas’s final days as he contemplates his struggle with Henry II, whose bid to weaken the clergy’s independence and links with Rome he opposed, and accepts his coming martyrdom at the hands of the King’s men.

This will take place at 7.30pm next Thursday and Friday and at 4.30pm next Saturday (February 1). Tickets cost £10 and are available from Inspiration in High Street.

Mrs Wardle, of Elvendon Road, Goring, said: “I directed for the Goring Gap Players but gave that up about 20 years ago. However, when the opportunity to direct this came up I thought I’d love to do it. It’s a beautiful play and very striking verse.

“We’re rehearsing twice a week and looking forward to the performances. I’ve never done a play in a church before and don’t have any to look back on in recent years but it should go well.”

The church will host a six-week introductory course to Christianity, starting on February 4 at 7.30pm, which includes supper.

A series of study groups will then be held from February 26, which is Ash Wednesday. A pilgrimage to Christ Church Cathedral in Oxford will take place on March 6 with a minibus leaving from Goring station at 2.30pm. Participants will see the cathedral’s Becket window depicting scenes from his life. Tickets cost £15 or £6 for those making their own way.

As part of the village’s biennial Gap Festival, the Goring Gap Textile Group will display a series of themed wall hangings in the church from June 13 to 21 and there will be flower arrangements in celebration of Becket’s life.

There will be a small exhibition about the history of St Thomas’s Church, which was built in about 1100 and dedicated to him after his death. Admission is free between 10am and 4pm and refreshments will be served on some days.

The Rt Rev Steven Croft, the Bishop of Oxford, will appear as part of the festival on June 20 for a discussion entitled “Church and state: uneasy bedfellows?”

The evening, which will feature a former prime minister who is yet to be named, starts at 6pm and tickets will cost £15.

There will be two commemorative services at the church on July 5, one for families at 10.30am and another at 4pm.

The latter will feature a new anthem composed by Michael Howell, the church’s musical director, called He That Is Down May Fear No Fall, which is based on John Bunyan’s Pilgrim’s Progress.

There will also be a family feast in the rectory garden at noon. This recreates an annual event held in St Thomas’s honour until about the 17th century which would attract large crowds from other villages. Music will be provided by the Goring and Streatley Concert Band.

On October 31 there will be a coach trip to Canterbury Cathedral, including a guided tour and choral evensong.

Those who are fit enough can walk the three-quarters of a mile to the cathedral from St Dunstan’s Church, as Henry II did in penance for the killing. The coach departs at 8am and tickets (£40) are available from the church office.

A walking party will set off from Goring three days beforehand and follow an ancient trail of footpaths to the city, where they will join up with the coach group.

The Goring Gap Players and Goring Chamber Choir will present a show called Becket: Rebel or Martyr? at 3pm on November 14 at 3pm. Tickets cost £10 and are available from Inspiration.

Finally, on December 29 a midday service will be held in which worshippers will reflect on St Thomas’ life and the coming of the new year.

St Thomas was appointed archbishop in 1162 and exiled in 1164 following a constitutional row with the King.

He returned in 1170 and was assassinated by a group of knights who interpreted a comment by Henry II as an order to kill him.

He is venerated as a saint in both the Catholic and Anglican churches.