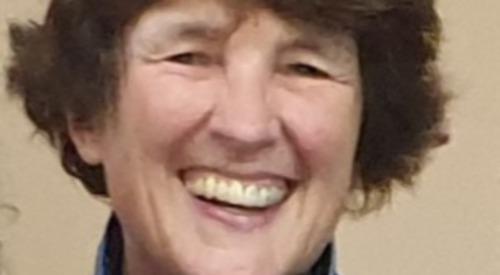 A MAN who completed a master’s degree in chemistry before finding Christianity is to be the new curate for Wargrave and Knowl Hill.

Richard Eves will join St Mary’s Church in Wargrave after he has been ordained at a service at Christ Church Cathedral in Oxford on Tuesday, July 3.

He is one of eight deacons taking up curacies in Berkshire.

Mr Eves, 31, will move to Victoria Road, Wargrave, with his wife Melanie, 30, and their one-year-old daughter Alice, from North London, where he has been on a one-year placement at a church in Southgate.

He said: “We are massively looking forward to coming. We hadn’t really heard anything about Wargrave before but we came for the first time in October and loved what we saw.

“John [Cook] the vicar and his wife Camilla were so welcoming and have given us a great insight into the community.

“The ordination will be slightly diminished because of covid regulations on how many people we can have. We had Alice baptised during lockdown, so we couldn’t have as many people, but it did make it much more focused on why we were there. I am hoping it will be the same for this.”

Originally from Surrey, Mr Eves studied chemistry at Bristol University but realised he wanted to work within the community instead.

He said: “When I was at school I always thought I might go into science but I found I was getting quite lonely. You spend a lot of time on your own in a lab.

“The left side of your brain is growing but your relationship skills wither.

“I am still a scientifically minded person and that is definitely how I approach problems — I’m quite rational. As my knowledge of Jesus grew and developed, I just wanted to learn more and to do more.

“The human versus science thing was an initial step for me but as I came to learn about Jesus my love for him grew and I wanted to give as much of myself to that as possible.”

Before coming to London for placement opportunities, he and his wife lived in Oxford for five years and Mr Eves worked at St Ebbe’s Church, helping the homeless.

He has spent the last three years studying theology and undertaken two other year-long placements at churches in Haringey in London and Cuffley in Hertfordshire.

He has been married for six years and his wife is project manager for the International Fellowship of Evangelical Students, a charity based in Oxford.

As part of the process for preparing for his curacy, Mr Eves was asked what type of parish he would be best suited to.

He said: “The church gives you a form to fill out asking about the kind of churches you have been at before to see where you would be comfortable.

“Wargrave was suggested to me and it seemed like a great fit.

“When you are a Christian in normal life, you sometimes struggle to find the time to pray and read the Bible. When you are studying theology, it is your job and it has been an incredible privilege.”

Mr Eves believes the church has an important role to play when it comes to preparing people for death.

He said: “My observation over the last 18 months with covid is that it has not allowed us to process death properly. Society has become less Christian and we don’t know what to do and how to handle it.

“We are all heading for death and most cultures around the world have some idea of how they feel about it.

“The Christian story is that death is not normal and is an intruder. When God created the world, there was no death and it has come into the world because of sin.

“Jesus had a friend called Lazarus who died. His response to death was sorrow and anger. It is not only normal to have those feelings but it is right. It is important if someone came to me that I validate those feelings.”

Mr Eves said he enjoyed drawing comparisons with teachings in the Bible and current affairs.

He succeeds Hugh Barne, who has been the curate at St Mary’s since 2017 and is now moving to Cornwall to be an associate minister at St Kea Church, near Truro.

Romey Poston will also be ordained at Christ Church on July 3 before joining the benefice of Henley with Remenham.

Born in Yorkshire, she has spent most of her life overseas as a foreign correspondent and an aid director. She is the widow of a diplomat and has three grown-up children.

Mrs Poston said: “I’m so excited to have been appointed to the beautiful parishes of Henley and Remenham.

“I’m a people person and I’m particularly looking forward to meeting everyone and to starting to get to know them. Those I have met already have just been lovely and so friendly.

“It’s a real privilege to have the opportunity to become involved with, and to do what I can to serve, our local communities.

“I love working with families and all-age worship and hope that will be possible.

“We have all had a tricky time recently and there may well be more challenges ahead but I think the lockdowns have reaffirmed for us how important it is to care for and support one another and if, with God’s love, I can be a part of that, I shall be thrilled.”