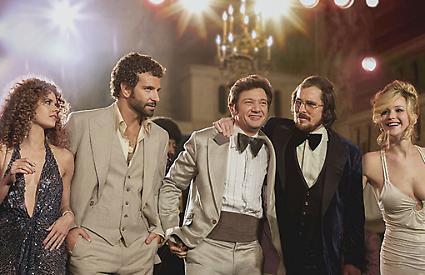 American Hustle is a bleak, black comedy probing the corruption of American society — from its conmen to its policemen. It finally limps in to the Regal Picturehouse this Friday, only six weeks after its nationwide release. Sometimes, you wonder what the programming bods at Picturehouse head office (probably in London) think of us Henleyites.

Whenever any film that’s exciting, rude, irreverent or containing the odd swear word or sex scene gets released they hold it back for several weeks — sometimes forever — as if pondering whether our posh South Oxfordshire senses can cope with it.

Now I know we have a slightly more “mature” demographic here than say, Reading, but honestly, some of us like danger, and some of us like to watch films like The Wolf Of Wall Street precisely because it glamorises all the terrible things in life we normal folk would never dare get up to. It’s called escapism.

Director David O Russell (who earned great acclaim for last year’s Silver Linings Playbook) brings together a stellar cast, all bedecked in horrendous Seventies big hairdos, in this film about two con artists who cut a deal with an FBI agent to swindle corrupt politicians.