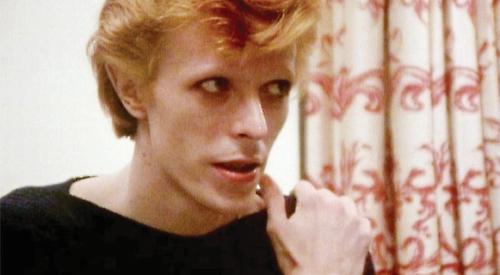 HENLEY’S Regal Picturehouse cinema is to mark the first anniversary of David Bowie’s death with an evening of four short films featuring the rock legend.

The Boroma Way venue will screen the tribute on January 10 as part of its “Discover Tuesdays” series.

From Bowie’s experimental beginnings in the Sixties to his plastic soul renaissance and world domination of the Eighties, to his approach to a new millennium, fans of the singer — and pop culture in general — are unlikely to be disappointed.

Starting at 8.45pm, the programme opens with Michael Armstrong’s 14-minute film The Image (1967).

At 20 years old, Bowie was still two years away from releasing Space Oddity when he acted in this silent mime-themed art short film, which was screened in London sex cinemas with an X rating.

Up next with a 20-minute running time is Julien Temple’s 1984 film Jazzin’ for Blue Jean.

With an original storyline by Bowie, this extended music video for his 1984 album Tonight — featuring two tracks from this release — won a Grammy and led to Bowie working with Temple on Absolute Beginners the following year.

Staying with the Eighties, Rubika Shah’s 2015 film Bowie Down Under tells the fascinating story behind one of the most celebrated music videos ever made — for Bowie’s 1983 single, Let’s Dance. With a running time of 11 minutes, the film chronicles the video shoot in the Australian outback.

Last but not least is the UK premiere of Steve Lipmann’s 2003 film Reality — a conceptual piece commissioned to accompany Bowie’s album of that name.

The film is billed as a darkly comic portrait of Bowie in which questions and answers chase themselves and meaning is absurd.

With liver cancer having claimed Bowie earlier this year, Lipmann has requested that the hire fee for Reality be donated to the GoFundMe campaign in aid of Therese DePrez — the production designer on the Reality film and tour — who is currently battling cancer and its effects.

In addition, a spokesman for Picturehouse Cinemas confirmed that 50p from evert ticket sold for David Bowie: Sound and Vision screenings nationwide will be donated to Save the Children.

He said: “David Bowie was such a renaissance man in terms of his music, film and art that his death in the middle of the 2016 festival back in January became a major talking point across the week. So it made sense to revisit his amazing work one year on with a series of short films featuring Bowie himself and get that out countrywide.”

Tickets for David Bowie: Sound and Vision are £11.50 for adults — with concessions, family tickets and membership discounts available. To book, call 0871 902 5738 or visit www.picturehouses.com