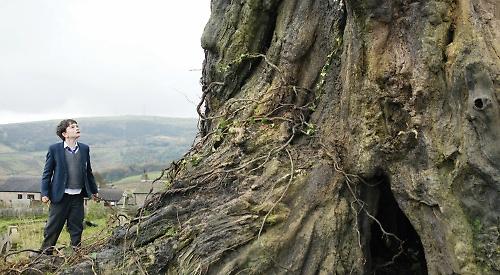 TWELVE-year-old Conor O’Malley is having a tough time of it.

He is being bullied at school, his mother has terminal cancer, his father is largely absent, and his grandmother is bossy and controlling.

If that weren’t enough, he has the same dream every night — “the one with the darkness and the wind and the screaming” — and has done ever since his mother first fell ill, ever since she started the treatments that don’t quite seem to be working.

But tonight is different. Tonight, when he wakes, there’s a visitor at his window. It’s ancient, elemental, a force of nature. And it wants the most dangerous thing of all from Conor. It wants the truth.

Based on the award-winning children’s book by Patrick Ness, with illustrations by Jim Kay, A Monster Calls has been brought to the screen by Juan Antonio Bayona, whose previous directorial highlights include The Impossible (2012) and The Orphanage (2007).

Ness wrote the screenplay from his own 2011 book, which was based on an original idea by his fellow children’s author and fellow Carnegie Medal winner, Siobhan Dowd.

Dowd, who died in 2007, was suffering from terminal cancer when she started the story and passed away before she could write it.

The film is graced by a captivating lead performance from newcomer Lewis MacDougall — previously seen only in a supporting role in last year’s Pan.

Maybe it’s the northern setting, albeit the Lancashire side of the Pennines, but British viewers will not have to look very hard to find a visual echo of David Bradley in Ken Loach’s 1969 film, Kes.

This is a very different story, of course, but with an stellar cast to bring it to life.

The miracles of motion capture see Liam Neeson playing the “monster” of the title — the ancient, gnarled, churchyard yew tree that Conor can see from his bedroom window come to bristling humanoid life.

Sigourney Weaver plays Conor’s grandmother, Toby Kebbell his affectionate but expatriate dad, and Felicity Jones his ailing mum. But it is MacDougall as Conor who carries the film.

A Monster Calls is showing at the Henley Regal Picturehouse from Sunday.