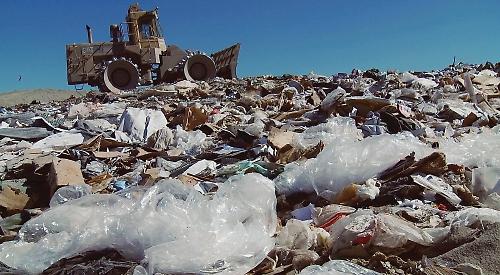 HENLEY residents and councillors are being invited to attend a free public screening of an award-winning environmental documentary at the town hall later this month.

Bag It: Is Your Life Too Plastic? follows “everyman” Jeb Berrier as he tries to make sense of our dependence on plastic bags.

Although his quest starts out small, Jeb soon learns that the problem extends past landfills to oceans, rivers and ultimately human health.

With a number of “best of festival” and “audience choice” awards to its name, the film is being shown in the council chamber on Thursday, March 16, at 8pm.

Members of Henley Town Council have been formally invited to attend — but the invitation is also open to members of the public.

The screening is the brainchild of Henley resident and campaigner Julia Carey, who recently acquired the UK rights to show the film publicly for the next three years after being introduced to it by a friend.

Julia, 38, who is married with two young children, describes herself as “an environmentalist at heart”.

She said her interest in green issues had first been sparked as a teenager in the Nineties.

“My parents had a house in Kent and we used to go and clean the beaches there. I wanted to start a movement picking up plastic like them. But I may have been a bit ahead of my time — everyone thought I was a bit mad at the time!”

Two decades on, Julia’s concerns appear anything but — and are shared by a growing number of people, including locally by groups such as Henley in Transition.

Last month the world’s media reported that scientists in Norway had found more than 30 plastic bags and other plastic waste inside the stomach of a dying whale stranded in shallow waters off the island of Sotra.

The Cuvier’s beaked whale — a species not normally found in Norwegian waters — had very little blubber and was emaciated, suggesting the plastic had led it to become malnourished.

For Julia, moves such as the UK government’s introduction of the 5p charge for plastic bags at the end of 2015 are to be warmly welcomed.

As a result, UK consumption of plastic bags has fallen from seven billion a year to 500 million.

But as the Bag It film makes clear, the problem is a global one.

The average American uses about 500 plastic bags each year — for about 12 minutes each.

Julia said: “I do feel that the tide is turning with regards to plastics, as a general rule, which is really good.

“I think there’s a lot of research that’s taking place and people are becoming more aware, but the interesting thing about this documentary is that it explains how plastics are actually getting into our food chain now.

“It’s getting into our bodies and I think it’s really important that people don’t just think that it’s okay because they’re going to recycle that piece of plastic — it’s better if on the whole they just reduce their buying of it.”

For Julia, who runs her own jewellery design business, Julia Burness Jewellery, and will be exhibiting at the Henley Arts Trail at the end of April, the “reduce” part of the slogan “Reduce, reuse and recycle” is arguably even more important than the “recycle” part.

She said: “I’ve been researching ‘zero waste’ for a while now and I’ve been trying to go zero waste myself.

“What that means is that I’m aware of everything I throw away and in fact what I do is I try to throw away as little as possible. Anything that isn’t recyclable I’m actually collecting and I will be creating a sculpture from the rubbish that I’m not able to compost or recycle.”

This year’s Henley Arts Trail runs from Saturday, April 29, to Monday, May 1, at more than 30 venues in the local area.

Julia, who regularly attends classes at the recently opened Henley on Thames School of Art in Hart Street, will be showing her work at the d:two centre in Market Place.

She also hopes to organise another screening of Bag It as part of the arts trail. The venue is still to be confirmed, but is likely to be the d:two — meaning that anyone unable to make it along to this month’s event will shortly have another chance to see the film.

Julia said: “I’ve got the rights to show it publicly for the next three years and I’d really like to get it round some of the colleges and secondary schools, ideally — but also having a couple of screenings in town for whoever might be interested.”

Recalling the first time she saw the film herself, she said: “I just thought it had a very powerful message and it’s an enjoyable documentary as well. It’s funny and it’s easy to watch and I felt it was the one that would actually portray the message that I’m trying to put out there. There are other documentaries out there but they’re kind of more ‘serious’ and sometimes they had a bit of a negative message. But I feel like this is quite an upbeat easy-to-connect-to film.”

She added: “Things are getting better. I just saw in the newspaper today that France has banned plastic cups and cutlery and plates. It’s taking effect in 2020 — they’ll only be able to use compostable plates and cutlery, disposable ones. So that’s fantastic. That’s a country in Europe doing that, so hopefully we’ll be fully on stream at some point.”

Doors for the March 16 screening open at 7.45pm. Entry is free but those attending are asked to email bagithenley@gmail.com to reserve their seats.