Making sense of it all is pure pleasure 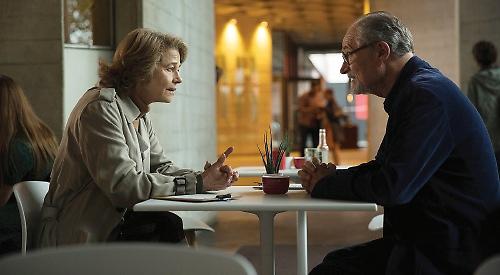 SOME memories should be left in the past, for better or worse.

The Sense of an Ending is the first book by one of our leading authors to be adapted for the big screen in nearly 20 years — following on from 1997’s Metroland, which was based on Julian Barnes’s 1980 debut novel.

Despite starring the likes of Christian Bale and Emily Watson, with a beautifully evocative soundtrack by Mark Knopfler, that film hardly set the world alight. Justice is not always served in these matters.

However, following on from its Booker Prize win in 2011 and the recruitment of a stellar cast including Jim Broadbent and Charlotte Rampling, there is a sense that the film version of The Sense of an Ending could deservedly bring Barnes’s work to an even wider audience.

ITV viewers were recently treated to a series-length adaptation of Barnes’s 2005 novel Arthur & George, which was based on the true story of the Great Wyrley outrages of the early 1900s.

(The Arthur of the title, played by Martin Clunes, is none other than Sherlock Holmes’s creator Conan Doyle, seen here in the role of a real-life detective.)

Oddly enough, echoes of Metroland can be seen in The Sense of an Ending as both follow main characters haunted by their pasts, all the while wondering how their lives could have turned out differently.

Broadbent narrates and stars as retired divorcee Tony Webster, who runs a tiny secondhand camera shop while leading a mostly mundane life — rising daily at 7am, having coffee with his ex-wife, Margaret, played by Harriet Walter (Call The Midwife), and playing the doting dad to his pregnant daughter Susie (Michelle Dockery).

But Tony’s life changes more than he can ever imagine when he receives a letter notifying him that he has been named in the will of the mother of one of his ex-girlfriends, Veronica, who he dated at university.

Tony is left a diary and so begins a look back through his history and memories. He is understandably intrigued, but even more so when he learns that his old flame is reluctant to hand it over.

Turning detective, Tony pieces together the fragments of a student romance, reliving a painful aftermath and discovering a tragic story he’d no idea he had a part in.

Only gradually does the full sense of Barnes’s title reveal itself. Meanwhile, the on-screen chemistry between Broadbent and Charlotte Rampling, who plays Veronica, is electric.

The Sense of an Ending is now showing at Henley’s Regal Picturehouse cinema.