Riddle of Ridley's Alien to be solved 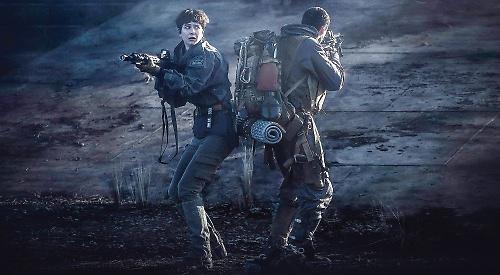 ONE of the biggest “what ifs” in cinema history has to be: “What if Ridley Scott had directed the sequel to Alien?”

The reason the question is so compelling is that film fans would have missed out on the manifold joys of James Cameron’s 1986 masterpiece — voted the greatest movie sequel of all time by Empire magazine in a verdict from which few would dissent.

The Godfather Part II aside, the only serious rival that springs to mind is Cameron’s own 1991 sci-fi juggernaut, Terminator 2.

While virtually all the Alien films have had their moments, fans of Scott’s 1979 original have long wondered whether a sequel helmed by the Englishman would have set the franchise on a firmer footing in the long term.

Five years ago they got an answer of sorts when Prometheus — a prequel to the first film described by Scott as sharing “strands of Alien’s DNA” — grossed more than £300million worldwide on a budget of £100million. More significant was the clear appetite for Scott’s version of the story on the part of Xenomorph-loving filmgoers.

Plans were promptly hatched for a further two prequels — of which Alien: Covenant is the first.

We join the crew of the titular colony ship, Covenant, which is heading for a remote planet on the furthest edges of the known universe.

Aboard are a decidedly mixed crew, including Walter (Michael Fassbender), a synthetic android similar to the less advanced David from Prometheus; Daniels (Katherine Waterston), a terraforming expert and the wife of Captain Branson (James Franco), and first mate Christopher Oram (Billy Crudup), a self-serious man of faith.

Although initially thrilled to discover what appears to be an uncharted paradise, on further investigation the crew are confronted by a race of vicious monsters — ominously presaging the horrors of Alien.

With his regular cinematographer Dariuz Wolski on board, Scott delivers the goriest chapter in the Alien franchise to date, recapturing the unsettling rawness and claustrophobic primal fear he first treated us to nearly 40 years ago.

It almost makes you wonder what Scott might do once the second prequel is in the can. Might he finally reveal what became of his Ellen Ripley after she showed the Nostromo’s unwelcome guest the door?

Alien: Covenant is showing at the Regal Picturehouse from today (Friday).