Latest DC superhero really is quite a Gal 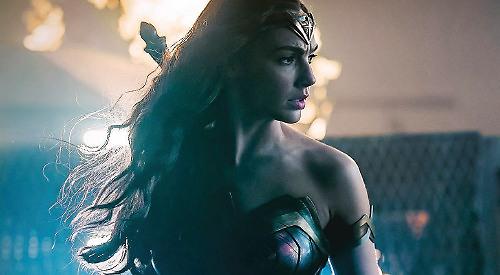 SINCE Cathy Lee Crosby starred as the original Wonder Woman in a 1974 TV movie, there have several other versions of DC Comics’ legendary female superhero — not least the weekly series starring Lynda Carter that ran from 1975 to 1979.

But now Israeli actress Gal Gadot, best known for her role as Gisele in the Fast & Furious films, takes centre stage as the Amazon warrior-princess after a breakout turn in last years Batman v Superman: Dawn of Justice.

Raised as a fearless defender of her island paradise in the early 20th century, young Diana meets Steve Trevor (Pine), an American pilot who informs her of the mighty war raging beyond her shores.

Inspired to right the world’s wrongs, she leaves for London to discover her true destiny and in the process her full, unearthly powers.

Director Patty Jenkins, who made her name with 2003’s Monster, about the serial killer Aileen Wuornos, here oversees a stellar cast that includes Robin Wright and Connie Nielsen.

Based on a screenplay by Allan Heinberg and a story co-written by Heinberg, Zack Snyder, Geoff Johns and Jason Fuchs, Jenkins’s film places Wonder Woman in the 1910s and the era of the Great War — which differs from her comic book origins as a supporter of the Allies in the Second World War.

The new continuity is part and parcel of the DC Extended Universe series of films. Wonder Woman is the fourth to be released, with Justice League set to follow in November.

Although Gadot has previously been part of a series of highly anticipated films through her involvement in the Fast & Furious franchise, she is in no doubt that the chance to play an iconic superhero is a major-league step up.

Speaking at last year’s San Diego Comic-Con she said: “It’s an honour and a privilege to be given the opportunity to portray this character. Knowing how many people care so much for her, I do feel a responsibility.”

Setting the film in the bleak First World War period gave Jenkins the opportunity to create a character who stood for something great.

“It’s all about having heroes who are strong enough to be loving, forgiving, beautiful and kind,” she said. “It’s what Wonder Woman, in particular, stands for.”

Gadot fully shares her director’s vision, adding: “For me, the most important thing was to portray this character in a way that everyone can relate to. Not only girls, not only boys, but men and women as well, because she has such a beautiful, universal story.”