Mystery woman still hard to get a read on 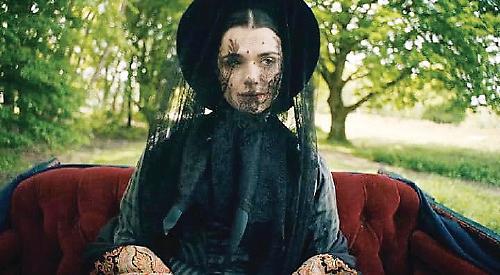 BASED on the 1951 novel by Daphne du Maurier, My Cousin Rachel has all the hallmarks of a captivating and enticing period drama.

It is clear du Maurier’s work is made for the screen, which could only have worked in favour of director Roger Michell, who is best known for helming Richard Curtis’s 1999 blockbuster Notting Hill, starring Hugh Grant and Julia Roberts.

In this period drama, we meet Philip (Sam Claflin), an orphan who has been raised by his older cousin Ambrose.

In Italy, Ambrose marries his distant cousin, Rachel, but shortly after the wedding a highly ill Ambrose writes letters to Philip conveying his suspicions of his new wife.

The tone of the film changes when Philip slips under Rachel’s influence and falls helplessly in love.

Rachel’s intentions are masked throughout. The film points towards her knowledge of poisons, but her mysterious personality is contradicted by her visible feelings for Philip.

This is a hard position to portray, in need of tactical misdirection and first-class performances.

But whatever the truth about Rachel’s character turns out to be, costume designer Dinah Collin effectively portrays the dark undertones of the novel through the use of gothic black attire.

The film is shot by Mike Eley (The Selfish Giant), who captures the bluebell woods, ragged Cornish cliffs and swaying hayfields perfectly.

Made when the novel was barely off the presses, Henry Koster’s 1952 adaptation of My Cousin Rachel garnered four Oscar nominations and one Golden Globe win. It has not been remade since, so 65 years on perhaps a new adaptation is opportune.

My Cousin Rachel is now showing at Henley’s Regal Picturehouse.

Meanwhile, following on from the success of Ghost World (2001), the cinema’s Discover Tuesdays series of one-off screenings will offer fans of graphic novelist Daniel Clowes the chance to enjoy the latest adaptation of his work.

Wilson stars Woody Harrelson as a lonely, neurotic and uncomfortably honest middle-aged man who reunites with his estranged wife (Laura Dern) and meets his teenage daughter (Isabella Amara) for the first time.