Beloved blockbusters are back under the Mill Meadows stars 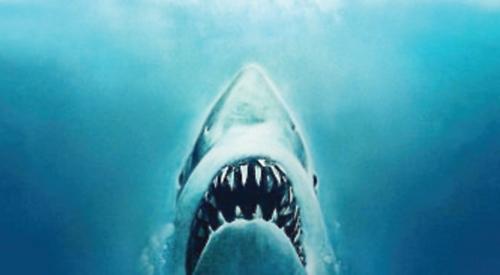 A SPELL of wet weather never hurt cinema ticket sales but it will be a different story this weekend in Henley — with four classic films coming to Mill Meadows.

Last night (Thursday) saw the return of the popular Picturehouse Pop Up series of outdoor cinema screenings under the stars.

Dirty Dancing got the series off to a flying start with Baby and Johnny’s holiday camp romance.

Tonight (Friday) the stage — okay, screen — is set for another blockbuster in the form of Steven Spielberg’s 1975 masterpiece Jaws.

The peaceful resort town of Amity, Massachusetts, has always depended on its thriving summer tourist trade to get through the lean winter months.

So when a swimmer is killed by a great white shark, Sheriff Brody (Roy Scheider) faces stiff opposition to his suggestion of closing the beaches just before the Fourth of July holiday weekend.

With no other option, Brody enlists the help of shark hunter Quint (Robert Shaw) and oceanographer Matt Hooper (Richard Dreyfuss) to go after “Jaws”.

Rated 12A, the film contains moderate threat and occasional gory moments and runs for 124 minutes.

Rated 15, the film tells the story of New York business student turned flair bartender Brian Flanagan, who takes a job at a bar in Jamaica and falls in love.

Directed by Roger Donaldson and co-starring Bryan Brown and Elisabeth Shue, the film runs for 104 minutes.

Last but not least, Sunday night’s offering is 1985 children’s adventure comedy The Goonies. Directed by Richard Donner from a story by Steven Spielberg, this lively fantasy adventure follows a gang of kids who discover a pirate map and embark on a suitably perilous search for buried treasure, complete with spectacular thrills and effects.

Rated 12, the film contains a hanging scene and runs for 114 minutes.

Sponsored by San Miguel, each of the screenings starts at around 9.30pm or as soon as it gets dark, but a licensed bar selling beer and wine will be open from 7.30pm on each of the four nights and filmgoers are welcome to bring a picnic with them.

A Picturehouse spokesman said: “The screenings take place in the open, with a limited number of deckchairs available on a first come, first served basis.

“We will also have cardboard ‘bumbox’ seating for sale, but feel free to bring along small picnic chairs — however, these must be placed towards the rear of the cinema area.”

Tickets are £11.50 for adults and £6 for children. For full details and to book, visit www.picturehouses.com/
popuphenley