Torment that dogged 'greatest ever' Briton 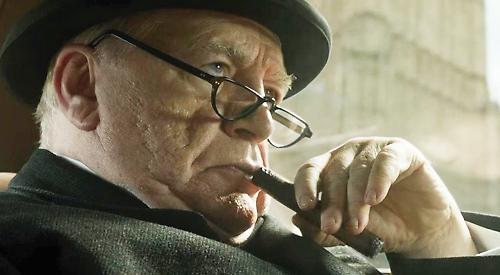 MORE than 70 years on, the stirring rhetoric Winston Churchill used to bolster the nation during the dark days of the Second World War still has a resounding ability to inspire.

What few knew was that Churchill had some dark days himself — none of them more so than what we now know as D-Day: Tuesday, June 6, 1944.

Churchill is a ticking-clock thriller that starts 96 hours before the D-Day landings.

Allied forces stand on the brink of invasion, but Churchill (Brian Cox) is the one man in the way.

Exhausted by years of war, Churchill fears that history will remember him as an architect of slaughter if the landings fail.

The film focuses on the untold story of the haunted frailty of Britain’s most celebrated leader, revealing his vital relationship with his wife Clementine (Miranda Richardson), the confidant who helped inspire his greatness.

Second World War biographies are not new to director Jonathan Teplitzky, who is best known for helming 2013’s The Railway Man starring Colin Firth and Nicole Kidman. However, Teplitzky is not the first director to portray the man generally considered to be the greatest Briton of all.

The Gathering Storm (2002) offered an intimate look inside the marriage of Winston and Clementine Churchill, winning two Golden Globes among other awards.

Into the Storm (2011), which continued the storyline of The Gathering Storm, was nominated for three Golden Globes.

It is clear the former prime minister’s private life was made for the big screen, and a screenplay by the historian Alex Von Tunzelmann could only have worked in favour of Teplitzky.

Having previously portrayed the likes of J Edgar Hoover, Sir Matt Busby and King Agamemnon on screen, Brian Cox is no novice when it comes to bringing famous historical figures back to life.

The Scottish actor is ideally cast as Churchill, recreating both his gruff, indomitable exterior, and the dreads and torments that lay beneath.

The man himself gave a name to the prolonged fits of depression from which he suffered, memorably calling them his “black dog”.

This story of how Churchill summons up the courage to stick to his guns, face down his doubters and lead the Allies to glory will shed new light on the man we thought we all knew — and who in 2002 was named the greatest Briton of all time in a nationwide BBC poll.