Story of our narrow escape is so timely 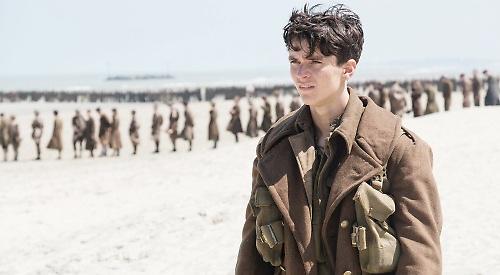 IT is the end of May 1940, and things are not going well for Tommy Atkins and chums.

The fighting in the Battle of France has seen the British Expeditionary Force (BEF) — together with large numbers of French, Belgian and Canadian troops — driven into a corner.

Cut off and surrounded by the German army, their only realistic option was to beat as hasty a retreat as possible.

The direness of their situation was summed up by Churchill, then only recently installed as prime minister, who told the House of Commons that “the whole root and core and brain of the British Army” had been stranded at Dunkirk and seemed about to perish or be captured. In the same speech, he called the events in France “a colossal military disaster”.

Later, speaking after the eventual success of Operation Dynamo, which saw 338,226 soldiers evacuated between May 26 and June 4, he hailed their rescue as a “miracle of deliverance”.

This, then, is the truly momentous story — of one of the most dramatic and pivotal episodes of the Second World War — that writer, director and
co-producer Christopher Nolan has chosen to tell.

Known for his work on a series of blockbusters including Inception and the Dark Knight trilogy, Nolan’s latest feature plunges viewers into the thick of it with what he describes as “the most visceral experiential two hours that audiences can hope for”.

Told from three points of view — land, sea and air — Dunkirk unfolds with a palpable sense of dread and tension, evoking the very human and immediate desire to survive.

With cinematography from Hoyte van Hoytema (Interstellar), a score from Hans Zimmer, and an all-star supporting cast that includes Tom Hardy, Cillian Murphy and Mark Rylance, this is the must-see spectacle of the summer.

It is also a story that matters, as historian Joshua Levine — one of whose books sparked Nolan’s interest in Dunkirk — has made clear.

Writing in the Sunday Times, he said: “The Dunkirk evacuation was not just a parochial little British story — the bit that happened before the United States arrived to save the day. On the contrary, it has huge international significance. If the BEF had been destroyed or captured, Britain would almost certainly have been forced to seek terms with Hitler. She would then have become, as Churchill warned his cabinet, a slave state — and we would be living in a very different world today.”