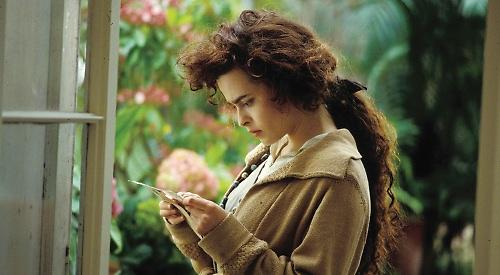 “I LOOK down on him,” intones the bowler-hatted, besuited and toweringly tall John Cleese, indicating Ronnie Barker to his left, “because I am upper class.”

Barker, dressed in a pork pie hat and raincoat, responds by saying: “I look up to him [Cleese] because he is upper class, but I look down on him [indicating the diminutive and cloth-capped Ronnie Corbett to his left] “because he is lower class. I am middle class.”

Now known simply as “the class sketch”, the above slice of timeless comic genius from an April 1966 episode of The Frost Report has been repeated endlessly — and deservedly — ever since.

The headgear may largely be a thing of the past, but the analysis still rings all too true — and the fascination with the subject still holds us fast.

I hadn’t previously realised that Howards End, Merchant Ivory’s celebrated adaptation of EM Forster’s 1910 novel, covers much the same ground. But on reading last week’s Homes Weekly cover story detailing how Peppard Cottage in Peppard Common was used as one of the main locations for the 1992 film, I was inspired to seek it out on DVD and find out what I had been missing.

Now it turns out that to mark the 25th anniversary of its original release, the film — which won three Oscars, two Baftas and a Golden Globe — is returning to cinema screens thanks to a lavish 4K restoration.

In Edwardian England, Ruth Wilcox (Vanessa Redgrave) bequeaths her country house, Howards End, to Margaret Schlegel (Emma Thompson), a younger acquaintance whom she feels has an affinity with the place.

Ruth’s family, however, hardly know Margaret, and despite the fact that they no longer use the house and that Margaret’s family face being evicted from their London home, they destroy the evidence of Ruth’s wishes.

She accepts, but her relationship with the wealthy and conservative Henry is complicated by a friendship that she and her sister Helen (Helena Bonham Carter) have struck up with an impecunious clerk, Leonard Bast (Samuel West) and his wife Jacky (Nicola Duffett).

When an unfortunate piece of advice leads the Basts further into poverty, the sympathies of the Schlegels — and the audience — cannot but be deeply stirred.