Cinema's discussion group will give film fans plenty to chew on 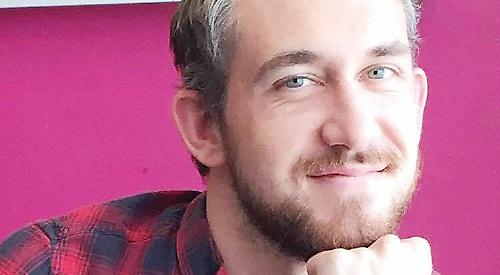 HENLEY’S Regal Picturehouse will be offering film fans the chance to talk cinema — with the launch of a monthly discussion group.

The first session takes place from 8.15pm on Monday (August 21) and will be hosted by duty manager Wolf O’Neill.

It is timed to follow on from the early evening screening of A Ghost Story, which starts two hours earlier at 6.15pm and will be the film under discussion (see cinema preview, left).

Jane Brianboys, marketing manager for the cinema in Boroma Way, said: “We are doing the film discussions on a Monday so that we take advantage of our ‘Happy Monday’ film pricing of £5 for members and £7 general admission.

“Wolf O’Neill will be hosting the discussions — he’ll provide a handout with the research he’s done into the background of the film, including the director and other films by the director, to give the discussion context and hopefully provide some interesting information that attendees may not already know.

“He has a wealth of film knowledge, along with some of our other staff, so hopefully this will lead to some lively and informative chats.”

Jane stressed that film fans don’t have to have been to the screening immediately prior to the discussion in question. “The discussions are open to all, allowing people to watch the film at their leisure at the weekend or late evening should they not be able to make the early evening screening on a Monday.”

She confirmed that the intention is to host the discussions which are free to attend, on a monthly basis, adding: “The next one after A Ghost Story will be Victoria and Abdul on Monday, September 18. There is free tea and coffee and the meet-up is held in the café.”

In the meantime, the return of the Picturehouse’s “Vintage Sundays” series of screenings is set to give film fans even more to chew on.

Jane said: “Vintage Sundays kicks off this Sunday [August 20] with a season of classic musicals, starting with 42nd Street. Prices are just £5 for members and £8 general admission.”

A Picturehouse spokesman said: Featuring the dazzling choreography of Busby Berkeley, this classic musical from 1933 has aged to perfection. The final 20-minute sequence will leave you tapping your toes, with a smile on your face and a song in your heart.”

The next film in the series is Hairspray, which is screening at 5.30pm on Sunday, August 27.