Ghost writer-director is one to look out for 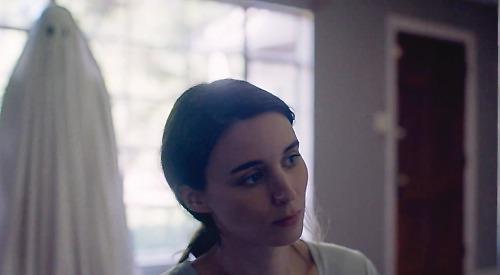 IT’S always worth sitting up and taking notice when a major new storyteller starts to announce their presence.

A Ghost Story is David Lowery’s third film as a writer-director and his second to star Casey Affleck and Rooney Mara.

The first, 2013’s romantic crime drama Ain’t Them Bodies Saints, was nominated for the Grand Jury Prize at the Sundance Film Festival.

Last year saw Lowery helm Pete’s Dragon for Disney — a live action adaptation of the 1977 musical film of the same name. The film was widely praised by critics, with one calling it “an update that gives the original a visual overhaul without overwhelming its sweet, soulful charm”.

Now comes A Ghost Story — not, as the poster image of a white-sheeted spectre may lead you to expect, a horror story, so much as a singular exploration of legacy, loss, and the essential human longing for meaning and connection.

Affleck and Mara play a young married couple for whom chasms of difference are starting to yawn open.

While the husband — a bearded musician known only as C — is happy in their faded suburban home, his restless young wife, M, aches to move on.

When C is suddenly killed in a car accident, his body winds up in the hospital morgue. His spirit then rises off the slab, cloaked in a long, white, billowing sheet, and returns to haunt his home, and M, as she grieves, then moves on, and the world speeds on around him.

It’s another stunning performance from Affleck — recently seen in Manchester by the Sea — whose ghostly manifestation has to portray curiosity, a yearning love, pathos and humour, all without a single part of himself being visible.

The film also rekindles Affleck’s natural on-screen chemistry with Rooney Mara, who previously stunned film fans with her portrayal of Lisbeth Salander in David Fincher’s adaptation of The Girl with the Dragon Tattoo.

The ghostly C’s intention, naturally, had been to console his bereft wife, but he instead finds that in his spectral state he has become unstuck in time, forced to watch passively as the life he knew and the woman he loves slowly slip away.

Increasingly unmoored, the ghost embarks on a cosmic journey through memory and history, confronting life’s ineffable questions and the enormity of existence.

Emerging as an audacious and unforgettable meditation on the passage of time, A Ghost Story offers a wholly unique cinematic experience that lingers in the mind long after the credits roll.