Fight night could be a late one at cinema 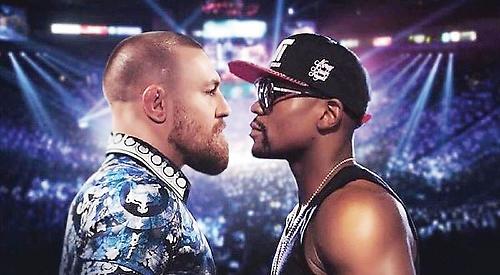 IT’S been billed as the first “billion-dollar bout” — with pay-per-view records on course to be smashed tomorrow night (Saturday).

Now it has been announced that the eagerly awaited boxing match between UFC lightweight champion Conor McGregor and the undefeated five-division world champion Floyd Mayweather Jr is coming to the big screen too.

Vue, which has cinemas in Reading, Oxford and Newbury, will be showing the fight at all its UK venues.

Doors open at 11.45pm, with last entry at 2am. The main event begins at 4am UK time, but the bout itself may start closer to 5am.

A Vue spokesman said: “As with any event like this the main event does sometimes take a while to get to, but there is a strong undercard that will be screened for fans beforehand which includes two world title fights — Nathan Cleverly vs Badou Jack and Gervonta Davis vs Francisco Fonseca.”

The first boxing/Ultimate Fighting Championship crossover bout in history, Mayweather-McGregor is being broadcast live from the T-Mobile Arena in Las Vegas.

McGregor, 29, a mixed martial artist who previously boxed as a teenager in Ireland, has vowed to knock out the 40-year-old Mayweather, who had officially retired from the sport following his last fight in September 2015.

The fight is rated 18. Tickets for the Reading screening are £20 and can be booked in advance at www.myvue.com