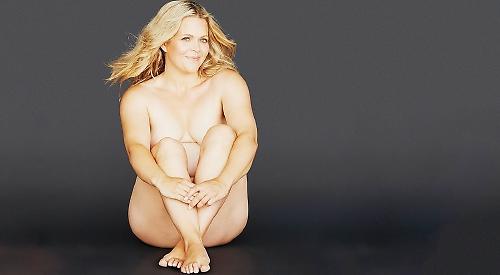 WHEN body image activist Taryn Brumfitt posted an unconventional before-and-after photograph in 2013, it was seen by more than 100 million people worldwide and sparked an international media frenzy.

Now Embrace, Brumfitt’s 2016 documentary on the issue of body image, is coming to Henley town hall on Wednesday (September 20) at 7.30pm courtesy of a “demand.film” screening organised by Henley stylist Jo Haley.

Brumfitt’s film sees her tackling the global issue of body loathing by travelling the world to interview an impressive range of women about their attitudes to their bodies. These include Mia Freedman, the youngest ever editor of the Australian edition of Cosmopolitan; Adelaide researcher Professor Marika Tiggemann; UK talk show host/photographer Amanda de Cadenet; body image blogger Jess Baker (aka The Militant Baker); and motivational speaker Turia Pitt.

Tickets for Embrace, which is rated 12A, are £9.75 with a booking fee of 75p per ticket. Over 130 tickets were available at the time of going to press.

Jo Haley said of the film: “The desire to have the ‘perfect bikini body’ has forced many of us into a battle against ourselves. But it doesn’t have to be this way — countless lives around the world are being inspired by this life-changing documentary.”