Sequel 'you wouldn't believe' is here at last 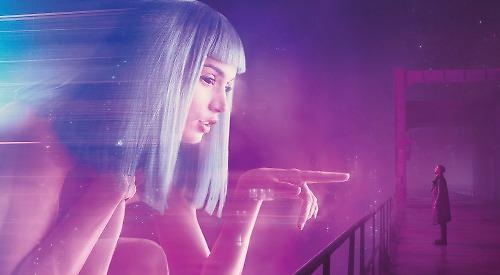 “EARLY in the 21st century, the Tyrell Corporation advanced robot evolution into the Nexus phase — a being virtually identical to a human — known as a replicant...”

Blade Runner begins with prose and ends with poetry. Released in June 1982, the film is now regarded as one of the peaks of 20th century cinema.

A stone cold neo-noir classic, you will regularly see it hailed as being among the greatest science fiction films of all time — but no genre is really big enough to hold it.

The dying Roy Batty’s last words — stunningly adapted by Rutger Hauer from the film’s shooting script — are perhaps the most immediate indication of why.

“I’ve seen things you people wouldn’t believe. Attack ships on fire off the shoulder of Orion. I watched C-beams glitter in the dark near the Tannhäuser Gate. All those moments will be lost in time, like tears in rain. Time to die.”

When Hauer delivered those lines on set, the film crew applauded and some even cried.

Watching at home, it was as though everything that had preceded his words fell away. His replicant character’s four-year lifespan was irrelevant. As was the film’s genre. As, suddenly, was the fact that you even happened to be watching a film at all. In that moment, Roy Batty somehow spoke for all of us.

The makers of Blade Runner 2049 have this much going for them — they have not rushed things.

Thirty-five years on from the original, this is a sequel no one expected to see.

Directed by Denis Villeneuve, whose acclaimed recent work includes Sicario (2015) and Arrival (2016), the film is produced by the original’s director, Ridley Scott, whose stunning visual sense was one of the magic ingredients that, together with Vangelis’s score and a series of philosophically inspired explorations of memory and personal identity, elevated Blade Runner to an 11 out of 10.

In the 2049 sequel, a new blade runner, LAPD Officer K (Ryan Gosling) uncovers a terrible secret that could throw what’s left of an already broken society into terminal chaos.

His shocking discovery leads him on a quest to track down former replicant hunter Rick Deckard (Harrison Ford), who has been missing for 30 years.

In true Blade Runner style, K wants to ask him some questions — the answers to which may have a lot to do with Niander Wallace (Jared Leto), a chilling creator of “disposable workforces”.