Have coming-of-age movies come of age? 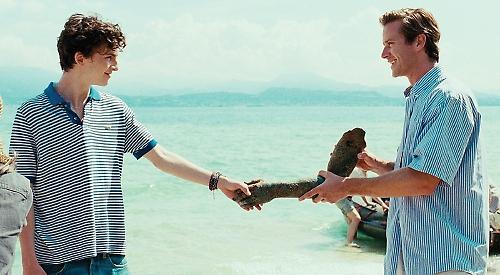 IT’S a film that was 10 years in the making, but the third and final instalment of Italian director Luca Guadagnino’s “Desire” trilogy has at last reached cinemas.

James Ivory of Merchant Ivory fame had originally been set to co-direct the film, which is based on André Aciman’s acclaimed 2007 novel, but ended up writing the screenplay and co-producing.

Guadagnino, who initially came on board as a location consultant, became the film’s sole director in 2016, having since directed 2009’s I Am Love and 2015’s A Bigger Splash.

Nominated for best feature at this year’s Berlin Film Festival, the film has been hailed by critics as a ravishing and sublime coming-of-age romance set on the sun-kissed Italian Riviera. During the shimmering summer of 1983, precocious Italian-American teenager Elio (a revelatory Timothée Chalamet) spends his days at his family’s 17th century Lombardy villa studying music and flirting with his friend Marzia (Esther Garrel).

But when the much older Oliver (Armie Hammer) arrives to study with his historian father (Michael Stuhlbarg), Elio’s romantic ambitions develop in a very different direction.

Reining in the ostentatious style that characterised his earlier work, Guadagnino immerses the viewer in the stunning, seductive setting and allows Call Me by Your Name to flourish as an evocation of the universal joys and pains of first love.

The director has called this “the most calm” movie he has made. Despite being a literary adaptation, many scenes in the film play out wordlessly.

In revising Ivory’s draft of the script, Guadagnino took out a considerable amount of nudity. He has characterised his version of Call Me by Your Name as a film about “the beauty of the newborn idea of desire, unbiased and uncynical”.

Guadagnino has also spoken of his attempt to avoid the flaws he had seen in many coming-of-age films, in which growth is often portrayed as a result of resolving certain preconceived dilemmas.

He added: “I wanted the audience to completely rely on the emotional travel of these people and feel first love. The whole idea of the movie is that the other person makes you beautiful — enlightens you, elevates you.”

Call Me by Your Name is showing at Henley’s Regal Picturehouse cinema from today (Friday).