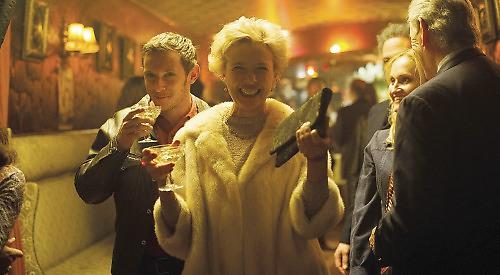 ON September 29, 1981, Peter Turner received a phone call that would change his life.

His former lover, the Hollywood actress Gloria Grahame, had collapsed in a Lancaster hotel and was refusing medical attention.

He had no choice but to take her into his chaotic and often eccentric family's home in Liverpool.

Liverpool born and bred, Turner had first set eyes on Grahame when he was a young actor living in London.

Best known for her portrayal of irresistible femme fatales in films such as The Big Heat, Oklahoma and The Bad and the Beautiful, for which she won an Oscar, Grahame electrified audiences with her steely expressions and heavy lidded eyes and the heroines she bought to life were often dark and dangerous.

At the time she met Turner, decades after she rose to fame, Grahame was looking for stage work in Britain to revive her career.

Turner and Grahame became firm friends and remained so ever after their love affair had ended. And it was to him she turned in her final hour of need.

Based on Turner’s poignant memoir, Film Stars Don’t Die in Liverpool follows the intense romance kindled by Gloria Grahame and the much younger Turner in the late Seventies.

When she moves to Liverpool to stay with Turner and his family, the pair’s memories of what they once had come flooding back.

Bell and Bening excel as the star-crossed lovers, vividly capturing their physical and emotional connection.

There is a great warmth and tenderness to this extraordinary true romance between a legendary femme fatale and her younger lover.

For Bening in particular, this might just be the performance that makes it her year at the Oscars — having previously been nominated four times.

Film Stars Don’t Die in Liverpool is directed by Paul McGuigan, the Scottish film and television director previously best know for Lucky Number Slevin, the stylish Gangster No. 1 and Push. He has also directed episodes of Sherlock, Scandal, Monroe and Smash.

The film is showing at Henley’s Regal Picturehouse cinema from today (Friday).