Trainee Jedi's a Force to be reckoned with 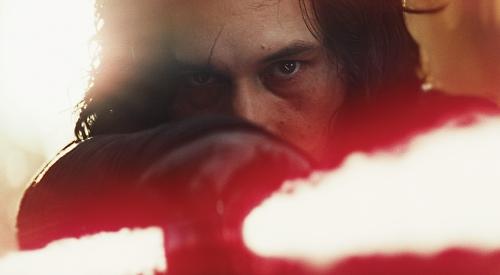 THE poet Philip Larkin once called his childhood “a forgotten boredom” — which is how many Star Wars fans have come to feel about the so-called “prequel trilogy” that began with 1999’s disappointingly dire The Phantom Menace.

Now we are approaching the midpoint of Disney’s “sequel trilogy” — following on from the huge two billion dollar success of 2015’s The Force Awakens. And while many fans will be itching to find out what happens next, it’s perhaps worth asking whether they should be.

Back in 2008, in the midst of promoting the animated Star Wars: The Clone Wars, George Lucas told an interviewer: “I get asked all the time, ‘What happens after Return of the Jedi?’ and there really is no answer for that. The movies were the story of Anakin Skywalker and Luke Skywalker, and when Luke saves the galaxy and redeems his father, that’s where that story ends.”

Just so. While the age-old conflict between good and evil never ends, what’s a little too convenient about the new films is that we the audience are never told — or at least we haven’t been yet — what happened to undo the Rebel Alliance’s seemingly decisive victory over the forces of the Galactic Empire at the end of Return of the Jedi.

Thirty years on from the events of that film, they turn out to have been writ in water — with the remnants of the Empire having rebranded as the First Order, which is seeking to destroy Luke Skywalker and the New Republic he made possible.

In The Force Awakens, we learned that, much in the manner of Yoda before him, Luke had disappeared into exile who knows where. But in the final moments of the film the Force-sensitive scavenger Rey, played by Daisy Ridley, succeeds in tracking him down — her purpose being to reunite him with his old lightsaber.

Plot details from that point on are scarce, but the late Carrie Fisher plays a major role in the new film, while Kelly Marie Tran, Laura Dern and Benicio del Toro join the cast.

The Last Jedi’s beating heart, however, is the relationship that develops between Rey and Luke. She finally comes face to face with the Jedi master on the island-strewn planet of
Ahch-To — but he’s not the man she was expecting to find, at one point telling her: “This is not going to go the way you think.”

Let’s see, shall we? The film is now showing at Henley’s Regal Picturehouse.