Will luck be a lady for poker princess? 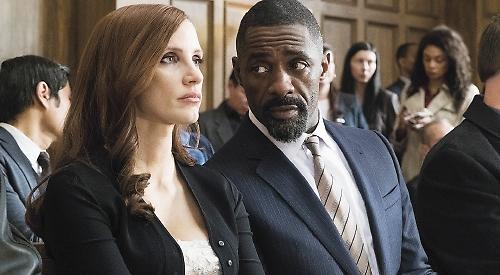 IF you were going to put money on anyone to win a best actress Oscar in the next five years, Jessica Chastain would be a good bet.

Appropriately enough, given that gambling of one sort or another is at the heart of her latest outing as the real-life “Poker Princess” Molly Bloom.

Is an Academy Award on the cards this time around? Impossible to say, but with a script by Aaron Sorkin (A Few Good Men, The Social Network, Moneyball), who is also making his directorial debut, anything is possible.

Bloom, who was behind one of the world’s most exclusive high-stakes underground poker empires, was at one time on course to become an Olympic skier, but her dreams were crushed when she suffered a back injury in a freak accident.

In the film — which is adapted from Bloom’s memoir — this puts further strain on her relationship with her father (Kevin Costner), who has spent years pushing her to be the best.

To escape the pressure at home, she moves to Los Angeles, and finds work on the Sunset Strip at the famous Viper Room — a hotspot once owned by Johnny Depp, which is popular with celebrities.

Molly has a grade-point average that is off the charts, but despite her obvious intelligence she is stuck working for a schmuck of a boss. Lady Luck is on her side, however, and she’s introduced to the world of underground poker.

Once she learns the tricks of the trade and saves up enough capital from the generous tips of her famous patrons, she hatches a plan to set up a rival game across town with the help of Player X (Michael Cera), who attracts some of LA’s most famous stars to the table.

Molly knows the rules of the game and how to build up her empire, and has the drive to be the best. Unfortunately, ambition alone isn’t enough.

Starting in Los Angeles and moving to New York, her clients include Hollywood celebrities, athletes, business titans and the Russian mob.

When she finds herself in trouble with the latter, and with the FBI on her heels for good measure, she turns to a morally upstanding attorney (Idris Elba) to fight her case.

Can she clear her name and show that her games were not illegal? Molly’s Game is the unmissable story of a woman willing to take on some of the world’s most powerful men to see if she can beat the odds.

• The film is showing at Henley’s Regal Picturehouse cinema from today (Friday).