Darkest hour could be Oldman's finest 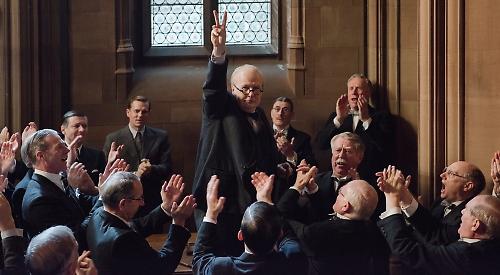 HE’S played everyone from Sid Vicious to Dracula in the course of a stellar career that saw him narrowly miss out on a best actor Oscar for his portrayal of George Smiley in Tinker Tailor Soldier Spy.

Now Gary Oldman has become the latest in a distinguished line of actors to bring Winston Churchill to life on the big screen.

It was only in June last year that Brian Cox played the great man in Churchill. The critics couldn’t fault his performance, but the film’s storytelling as a whole was felt to be muddled and ultimately unsuccessful.

Back in 2002 Churchill was named the greatest Briton of all time in a nationwide BBC poll. But, we may still ask, just what was so great about him?

Covering the same crucial period as the historian John Lukacs’s seminal book Five Days in London, May 1940, Joe Wright’s film sets out to answer that question.

Darkest Hour takes place during the pivotal first days and weeks of Churchill’s premiership. As Nazi forces sweep across Western Europe, Britain is left bereft of allies and on the brink of being invaded.

Faced with an unprepared public and his own party plotting to oust him, Churchill must decide whether to negotiate a peace with Hitler or to stand alone and fight.

“We see how very close we came to Nazi tyranny,” says Oldman. “Had it not been for Winston, our world might be very different.”

For Oldman, playing the part was one of his career’s biggest challenges, and not just because of the hundreds of hours he spent being turned into the 65-year-old by genius make-up artist Kazuhiro Tsuji, whom director Joe Wright lured out of retirement.

Christopher Nolan’s smash hit Dunkirk told the story of the war from the ground level, and Darkest Hour is the perfect companion piece, charting those unbearably tense few weeks from the vantage point of the leader whose decisions would determine the fate of the country — and the world.

Dark hours they may have been, but they make for utterly compelling cinema.