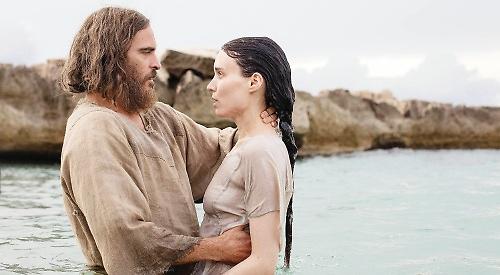 HOT on the heels of last week’s International Women’s Day comes a film about a woman that nearly everyone has heard of but only a select few really know much about.

The historical Mary was a Jewish woman who, according to texts included in the New Testament, traveled with Jesus as one of his followers.

She is also said to have witnessed his crucifixion and resurrection and is named at least 12 times in the four gospels — more than most of the disciples.

This relative prominence has led other filmmakers — notably Martin Scorsese in his Oscar-nominated 1988 epic The Last Temptation of Christ — to portray Mary as having an intimate relationship with Jesus.

Thirty years ago, Scorsese felt it necessary to include a disclaimer explaining that his film departs from the commonly accepted biblical portrayal of Jesus’s life and is not based on the gospels.

Set in the Holy Land in the first century CE, this Mary Magdalene is a young woman who leaves her small fishing village and traditional family behind to join a radical new social movement.

At its head is a charismatic leader, Jesus of Nazareth — a typically compelling turn from Joaquin Phoenix — who promises that the world is changing.

Mary is searching for a new way of living, and an authenticity that is denied her by the rigid hierarchies of the day.

As the notoriety of the group spreads and more are drawn to follow Jesus’s inspirational message, Mary’s spiritual journey places her at the heart of a story that will lead to the capital city of Jerusalem, where she must confront the reality of Jesus’s destiny and her own place within it.

While the quality of the cast is not in doubt, the film has divided the critics, with Jason Solomons of The Wrap noting: “Other than to show that a woman called Mary who wasn’t a prostitute was involved in the final weeks of the Jesus story, I have no idea what the filmmakers wanted for this project.”