Pop culture gets a ‘virtual’ valentine 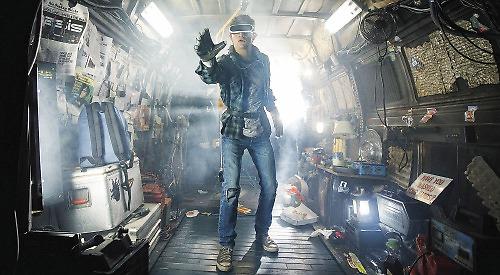 With a stock market valuation of more than $900 billion, Apple currently has the edge over Google’s parent company Alphabet, whose market capitalisation is around $800 billion.

But another area where technological developments are converging to create a major breakthrough — including in the potential to generate revenues — is virtual reality.

With offices in London and San Francisco, Improbable is a British technology company that focuses on large-scale simulations in the cloud, enabling virtual worlds of unprecedented scale and complexity.

The firm’s CEO Herman Narula says: “We really believe virtual worlds will be the fundamental basis of human interaction and culture in future. It’s as big as that. Instead of one identity, one meaning, one job, people will have access to many other realities. We call it the ‘multiverse of you’. You can have many internally consistent lives.”

Someone who clearly agrees, and who has the ability to make the leap into that beckoning future, is Steven Spielberg. Based on the bestselling novel by Ernest Cline, his new film Ready Player One is set in 2045, with the world on the brink of chaos and collapse.

In Ohio, where the poorer sections of society live in a futuristic trailer park called The Stacks, the only escape is in a virtual reality space called the OASIS, created by eccentric billionaire James Halliday (Mark Rylance).

When Halliday dies, he leaves his immense fortune to the first person to find a digital Easter egg he has hidden somewhere in the OASIS, sparking a contest that grips the entire world.

Enter an unlikely young hero named Wade Watts (Tye Sheridan). When he decides to join the contest, he is hurled headlong into a reality-bending treasure hunt through a fantastical universe of mystery, discovery and danger. Yet the key to unlocking the riches of Halliday’s game is not brawn or brains, but a deep knowledge of pop culture trivia.

Ready Player One is a valentine to movies, TV and gaming. Keep your eyes peeled for a certain DeLorean, the Iron Giant, and Gandalf from The Lord of the Rings dancing in the air at a party.

Only a filmmaker of Spielberg’s clout could manage to pull such disparate intellectual property together into a single movie. Remember, this is the man who got Mickey Mouse and Bugs Bunny in the same frame for Who Framed Roger Rabbit. The result is a pop culture fan’s dream.