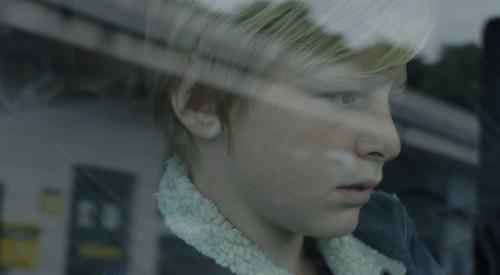 A BROKEN marriage leading to a bitter custody battle with an embattled son at the centre makes Custody a nerve-wrecking and at times difficult watch.

This tense family drama by first-time feature director Xavier Legrand will keep audiences guessing and leave them with their hearts in their mouths.

Custody is actually a sequel to his 2014 short Before Losing Everything, which was nominated for a Best Live Action Oscar, for its portrayal of domestic abuse.

This expansion of the story begins in a magistrates’ court where we see the lawyers of estranged couple Myriam (Léa Drucker) and Antoine (Denis Ménochet) debate their clients’ parental rights. Myriam wants sole custody of their 12-year-old son Julien (Thomas Gioria), and accuses Antoine of intimidation as well as violence against their 18-year-old daughter Josephine (Mathilde Auneveux).

It’s a tense scene as we see both parents sit alongside their lawyers. We learn that since the first film Myriam and the children escaped Antoine’s wrath, leaving without warning to live with her parents.

She gave up her job and possessions for the safety and security of her children but now he’s been transferred into the town so his rights to access to Julien cannot be ignored.

While the evidence seems to prove Myriam’s case, seemingly supported by Antoine’s imposing physicality, his lawyer’s defence of his character comes across as totally sincere and so it’s unclear to the judge which of the two is lying.

The narrative then cuts to a few days later and we find out that Myriam’s request has been rejected and there is a tense reunion between Antoine and Julien.

While his father gently weeps we witness Julien, who sits beside him, appear almost contemptuous. This apparent rejection is painful to watch, leading us to think that perhaps he has changed and his intention to see him every other weekend is pure. But any sympathy we have soon evaporates as we learn what is driving him.

Legrand, who also wrote the screenplay, is clever in the way he edges away from what at first seems an even-handed portrayal of relationships that have broken down to that of abject horror.

As Custody marches towards its conclusion with several increasingly stomach-churning scenes, it shows parallels with Stanley Kubrick’s The Shining as the mother and child look on at their husband and father with terror.

The acting of the three central characters really holds the story together and is well supported by the rest of the cast, which delivers an authentic story.

• Custody is now showing at the Regal Picturehouse in Henley.