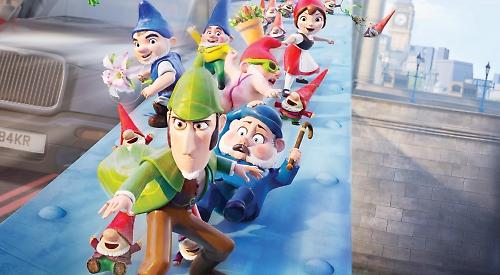 HERE’S a good question for the pub quiz — who is the single most portrayed character in the history of cinema?

Hmmm, let’s see. There have been quite a few Batman films over the years, haven’t there?

Not even close. The caped crusader certainly isn’t camera-shy but when it comes to the movies he has nothing on the occupant of 221B Baker Street.

Sherlock Holmes first appeared in print in 1887 as the protagonist of Arthur Conan Doyle’s novel A Study in Scarlet.

His first screen appearance came as early as 1900 in the Mutoscope film Sherlock Holmes Baffled.

Guinness World Records lists him as being played by more than 70 actors in over 200 films — many of which were foreign-language productions.

The character’s appeal even stretched as far as the former Soviet Union, where he appeared in an acclaimed series of films on state television that ran from 1979 to 1986. The Russian actor who played Holmes, Vasily Livanov, was awarded an honorary MBE in 2006.

Closer to home, television has also been credited with furnishing the most definitive portrayals of the Baker Street detective.

Jeremy Brett starred in four series produced by Granada Television from 1984 to 1994 and also appeared as Holmes on stage, having previously played Dr Watson in a different production.

More recently, the character has become synonymous with Benedict Cumberbatch’s modern-day portrayal of him in Sherlock, which has been one of the BBC’s most popular series since it debuted in 2010.

Now Johnny Depp has become the latest big-name actor to be associated with the character — in the sequel to the 2011 animated hit Gnomeo & Juliet.

Returning home one day to their brand new London garden, they find that their family and friends have vanished — a gnome kidnapper is on the loose.