Anti-hero’s about to hit fourth wall 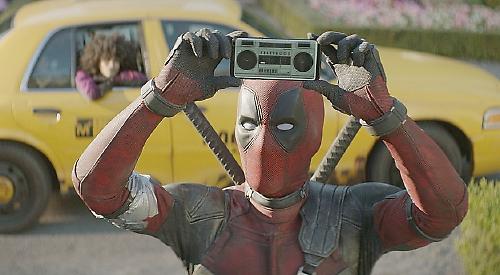 THERE are no rules in Hollywoodland. Barely even rules of thumb.

William Goldman, who wrote the screenplays for Butch Cassidy and the Sundance Kid, All the President’s Men and Misery put it best.

“Nobody knows anything. Not one person in the entire motion picture field knows for a certainty what’s going to work. Every time out it’s a guess — and, if you’re lucky, an educated one.”

That’s from chapter one of Goldman’s bestselling 1983 memoir, Adventures in the Screen Trade.

Thirty-five years on, who could gainsay it?

In 2000, Goldman published a sequel called Which Lie Did I Tell? More Adventures in the Screen Trade. And why not? In the movie business, sequels are the closest thing you can get to a sure thing — a banker.

Some can be even better than the original. Superman II, for instance.

One of the most successful superhero flicks of recent times is 2016’s Deadpool, starring Ryan Reynolds. The critics loved it — and the fans even more so. It earned more than $783million against a budget of $58million, broke numerous box office records, and became the highest-grossing X-Men film to date.

Blessed with an irreverent, wisecracking anti-hero who — just like in the comics — specialises in breaking the fourth wall and chatting to the audience, plans for the sequel were in train even before the first film was released.

So, if you enjoyed the first outing, get ready for another meta-episode of bloody violence and motor-mouthed shenanigans.

Ryan Reynolds squeezes back into the red spandex, ramping the superhero satire up a notch and welcoming a few new characters into the mix. One of these is Cable, a bionic time-traveller on the hunt for a young tearaway mutant. Josh Brolin pulls off a quick costume change from Avengers: Infinity War to play the former, with Julian Dennison in the younger role.

Other notable newcomers include the X-Force, a
rag-tag team of mutants assembled by Deadpool to help save the day.