Before the Sixties started Swinging 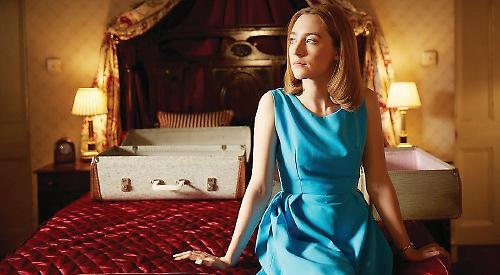 FROM Enduring Love to Atonement, many a great Ian McEwan novel has lent itself to cinema.

His vivid characters and emotive human stories have been brought to life by a number of top actors, and with Oscar nominee Saoirse Ronan (Lady Bird) at the centre of the story, this is one of his finest to date.

Love has run smoothly up until now — but the pressures of the wedding night slowly begin to unravel the relationship.

Much of the story takes place in their modest hotel room by the sea, as he gently but clumsily initiates sex, and she — equally inexperienced — begins to flinch under his touch.

Can her reservations be overcome? Will the wedding night go well and pave the way for a successful marriage?

Cooke’s film explores the contradictions of the period — in the poet Philip Larkin’s words — “between the end of the ‘Chatterley’ ban and the Beatles’ first LP”. Not yet caught up in the Swinging Sixties, but nonetheless more permissive than their parents, this generation struggles with dilemmas about sexual codes of conduct — dilemmas that will go on to haunt both parties as the film follows them later in life.

The action also flashes back to their courtship, offering a sweet, entertaining love story about a couple from different backgrounds, drawn together by a shared passion for human rights.

The stars of the show are, of course, Ronan and Howle, who share a believable and tender bond that has you hooked to their every move.

The scenes on the beach are both beautiful and quietly heartbreaking. This is a film that invites reflection on life-changing decisions and social customs, as well as the rarely explored notion of asexuality.

Ronan’s tender, nuanced performance as Florence will strike a chord with younger viewers, as well as those who remember the early Sixties and the times when the wedding night itself was a very big deal.

It’s hard to believe this accomplished film is director Dominic Cooke’s big-screen debut, but his many years of experience at the National Theatre are evident.