Regal heads to the river for open-air cinema screenings 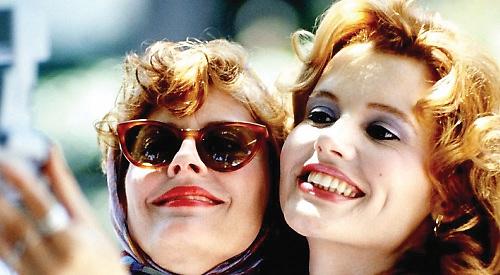 A TRIPLE-bill of movie classics is on offer next week when the Regal Picturehouse cinema’s series of open-air “Pop Up” screenings returns to Mill Meadows.

Thelma (Davis) joins her friend Louise (Sarandon) on a short fishing trip. But their trip becomes a flight from the law when Louise shoots and kills a man who tries to rape Thelma at a bar.

Louise decides to flee to Mexico and Thelma joins her. On the way, Thelma falls for sexy young thief called JD (Pitt) and the sympathetic Detective Slocumb (Keitel) tries to convince the two women to surrender before their fates are sealed.

Rated 15, with a running time of 130 minutes, Thelma and Louise contains strong language, some violence and sensuality.

A classic of a more recent vintage will be lighting up the screen on Friday night, in the form of The Greatest Showman, starring Hugh Jackman, Michelle Williams, Rebecca Ferguson and Zac Efron.

Written by Jenny Bicks and Bill Condon and directed by Michael Gracey, the film is an original musical inspired by the life of PT Barnum.

Barnum was a visionary who rose from nothing to create the “Greatest Show on Earth” — a spectacle and celebration of his larger-than-life imagination that captivated audiences around the globe.

Finishing on a high in all senses, the big Saturday night movie is Top Gun, starring Tom Cruise in the role that arguably cemented his superstar status.

When not so occupied, Mitchell carries on a romance with civilian consultant Charlotte Blackwood (Kelly McGillis).

Doors for all three screenings open at 7.30pm with the films starting at dusk.

A Picturehouse spokesman said: “Mill Meadows will once again be the place to enjoy lovely long summer nights watching a selection of great films under the stars. Don’t miss out!

“Cardboard bumbox seating will be for sale but feel free to bring along cushions, blankets or small picnic chairs — however, these must be placed towards the rear of the grass area.

“This is a licensed event, so we cannot accept any alcohol brought in from outside. A cash-only bar will be open for beer and wine sales. Feel free to bring a picnic.”

For more information and to book tickets, visit www.bit.ly/PopUpHenley