Sunday showings will explore the genius of Alfred Hitchcock 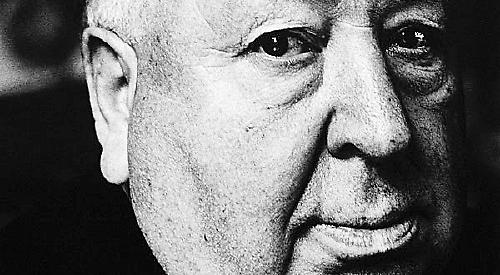 HE’S the acknowledged “Master of Suspense” whose films regularly crop up in lists of the greatest movies ever made.

Now six of the best Alfred Hitchcock movies are being shown in Henley as part of the Regal Picturehouse cinema’s “Vintage Sundays” series of screenings.

Having entered the film industry as a 19-year-old apprentice title card designer, Hitchcock’s six-decade-long career saw him go on to direct a total of 53 feature films.

In 2012, Vertigo replaced Citizen Kane at the top of the British Film Institute’s list of the 50 greatest films of all time.

Set in San Francisco, the film creates a dizzying web of mistaken identity, passion and murder after a detective with a fear of heights (James Stewart) rescues a mysterious blonde (Kim Novak) from the bay and must unravel the secrets of the past to find the key to his future.

Rated PG, with a running time of 122 minutes, Vertigo is showing at the cinema in Boroma Way on Sunday, August 12, at 7.15pm.

First up, however, is North by Northwest, which is showing at 4.30pm this Sunday (July 8).

Regarded as the quintessential chase film, this digitally restored version see Cary Grant gives one of his finest performances as the self-satisfied suave ad executive who is mistaken for a spy and pursued across the country by enemy agents.

North by Northwest is rated PG, with a running time of 136 minutes.

Next up, at 4.15pm on Sunday, July 15, is Rear Window. When James Stewart’s photojournalist is confined to his apartment with a broken leg in a sweltering summer in New York, he begins to observe constantly the lives of those around him. Passive activity evolves into voyeuristic obsession, until he thinks he has witnessed a murder.

Rear Window is rated PG and runs for 114 minutes.

Two strangers start chatting on a train and one of them proposes that they commit two perfect murders by killing the individuals responsible for each other’s problems. Strangers on a Train is rated PG, with a running time of 101 minutes.

Based on the 1938 novel by Daphne du Maurier, Hitchcock’s 1940 film Rebecca was nominated for 11 Oscars, winning Best Picture. It is showing at 4.15pm on Sunday, July 29.

A timid young woman meets and falls in love with a wealthy widower. After a whirlwind romance and wedding, she travels to her new English country estate but her joy is short-lived when she discovers that Rebecca — her husband's first wife — exerts a ghostly hold over everything there.

Rebecca is rated PG and runs for 130 minutes.

Perhaps Hitchcock’s most famous and enduring film, Psycho is showing at 7.30pm on Sunday, August 5.

A Phoenix secretary embezzles $40,000, goes on the run and checks into a remote motel run by a young man under the domination of his mother.

For more information and to book tickets, visit www.picturehouses.com