Tom’s cruising to a ‘scorching’ success 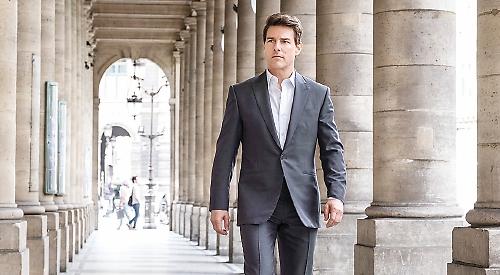 The second funniest thing was the series of spoof Hollywood trailers that opened proceedings.

One of these was for the sadly fictional Scorcher VI: Global Meltdown, starring Stiller’s character Tugg Speedman, the voiceover for which went as follows.

None of which should in any way be taken as a comment on Tom Cruise’s latest outing as super-spy Ethan Hunt in the insanely popular Mission: Impossible series — even if it is the sixth film in the franchise that started life in 1996.

With their ready humour and spectacular stunt and chase sequences, the Mission: Impossible films have been beating James Bond at his own game for some time now.

Fallout is written and directed by Christopher McQuarrie, who helmed 2015’s Rogue Nation and first worked with Cruise on 2008’s Valkyrie.

Not a bad track record however you measure it, with Rogue Nation only just missing out on becoming the highest-grossing Mission: Impossible after 2011’s Ghost Protocol.

Picking up where the last film left off, when an IMF mission ends badly the world is faced with dire consequences. As Ethan Hunt takes it upon himself to fulfil his original briefing, the CIA begins to question his loyalty and his motives.

Hunt finds himself in a race against time, hunted by assassins and former allies while trying to prevent a global catastrophe.

Joining him are his trusty IMF team: Alec Baldwin, Simon Pegg and Ving Rhames. Rebecca Ferguson and Michelle Monaghan also return to the fray, while newcomers Henry Cavill, Angela Bassett and Vanessa Kirby round out the cast.

With Cruise back to his death-defying ways, cinema audiences can bank on the jaw-dropping set-pieces, high speed chases and crazy stunts being delivered to edge-of-your-seat effect.