Dude! Slacker classic is back on the big screen 20 years on 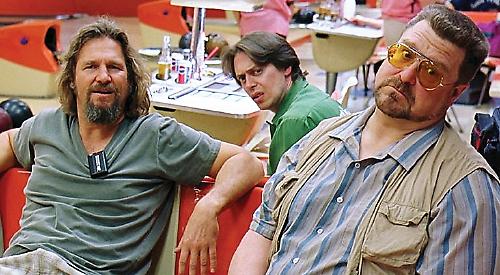 IT was a box office flop at the time of its release, but 20 years on the The Big Lebowski is an established cult classic that has spawned tribute festivals on both side of the Atlantic, writes Matthew Wilson.

Written, produced and directed by the Coen brothers, the film is being re-released in select UK cinemas on September 24 — including Henley’s Regal Picturehouse.

The Monday screening starts at 8.45pm and is being shown as part of the Picturehouse’s “Culture Shock” series dedicated to cult and genre films.

Set in Los Angeles in 1991, the film famously stars Jeff Bridges as Jeff “The Dude” Lebowski.

An archetypal slacker, The Dude is unemployed and as laid-back as they come — that is until he becomes a victim of mistaken identity, and two thugs break into his apartment with the errant belief that they’re strong-arming Jeff Lebowski — the Pasadena millionaire.

In the hope of getting a replacement for his soiled carpet, The Dude pays a visit to his wealthy namesake, setting in train a bizarre series of events.

Along the way we also make the acquaintance of The Dude’s best buddies and bowling partners — timid Donny Kerabatso and temperamental Vietnam veteran Walter Sobchak, played by Steve Buscemi and John Goodman respectively.

Coen Brothers regular John Turturro plays highly eccentric fellow bowling enthusiast Jesus Quintana — a character who will be getting his own spin-off movie when Going Places — written, directed by and starring Turturro — is released later this year.

Co-starring Bobby Cannavale and Audrey Tautou as fellow sexually depraved misfits, Turturro’s film is also intended as a remake of the 1974 French film of the same name.

In the meantime, for anyone looking to get their Big Lebowski fix, you know where to go...

For more information and to book tickets, visit www.picturehouses.com