Diamond wheezers nearly made it pay 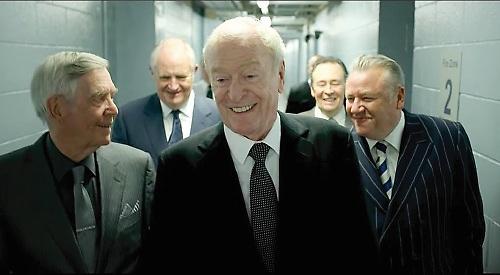 In April 2015 a gang of retired criminals stole valuables worth up to £200million from London’s Hatton Garden jewellery district.

The theft was the largest burglary in British legal history, planned so well that police initially believed a group of super-thieves was responsible.

Right under the authorities’ noses, however, was an unlikely crew of silver-haired crooks whose boredom had brought them together for one last job.

These real-life diamond geezers clearly knew their stuff. For starters, there was no externally visible sign of forced entry to the premises of the Hatton Garden Safe Deposit Company — an underground safe deposit facility.

It was reported that the gang had entered the premises through a lift shaft then drilled through the 50cm thick vault walls with an industrial power drill.

For film fans, the details that emerged called to mind the heist scene from 2000’s Sexy Beast. Even at the time it seemed inevitable that the raid would find its way on to the big screen.

Despite the audacity and brilliance of the crime, the gang were quickly caught and brought to trial. By the end of March 2016, seven of the accused had received prison sentences, with one other being acquitted.

The man identified as the ringleader, 76-year-old widower Brian Reader, had previously been found guilty of helping to launder the proceeds of the 1983 Brink’s-Mat bullion robbery.

Now the gang’s story can be told. In fact, there have already been two films and a TV series made, but this latest production looks to be the real deal.

The gang, all in their 60s and 70s except one, employ their old-school thieving skills to plan the heist over the quiet Easter bank holiday weekend. Posing as maintenance workers, they enter the deposit, neutralise the alarms, and proceed to drill a hole into the wall of the safety deposit room.

Two days later, they escape with more than £200million worth of stolen jewels and money.

But once police are called to the scene and the investigation starts, the cracks between the misfit gang members begin to show as they row over how to share the goods and become increasingly distrustful of each other.

Meanwhile, the crime has become public knowledge, and a frenzy of speculation begins. As details about the crime come to light, both the British public and the media are captivated, and the investigation is followed with bated breath around the world until — spoiler alert — the criminals are eventually captured.